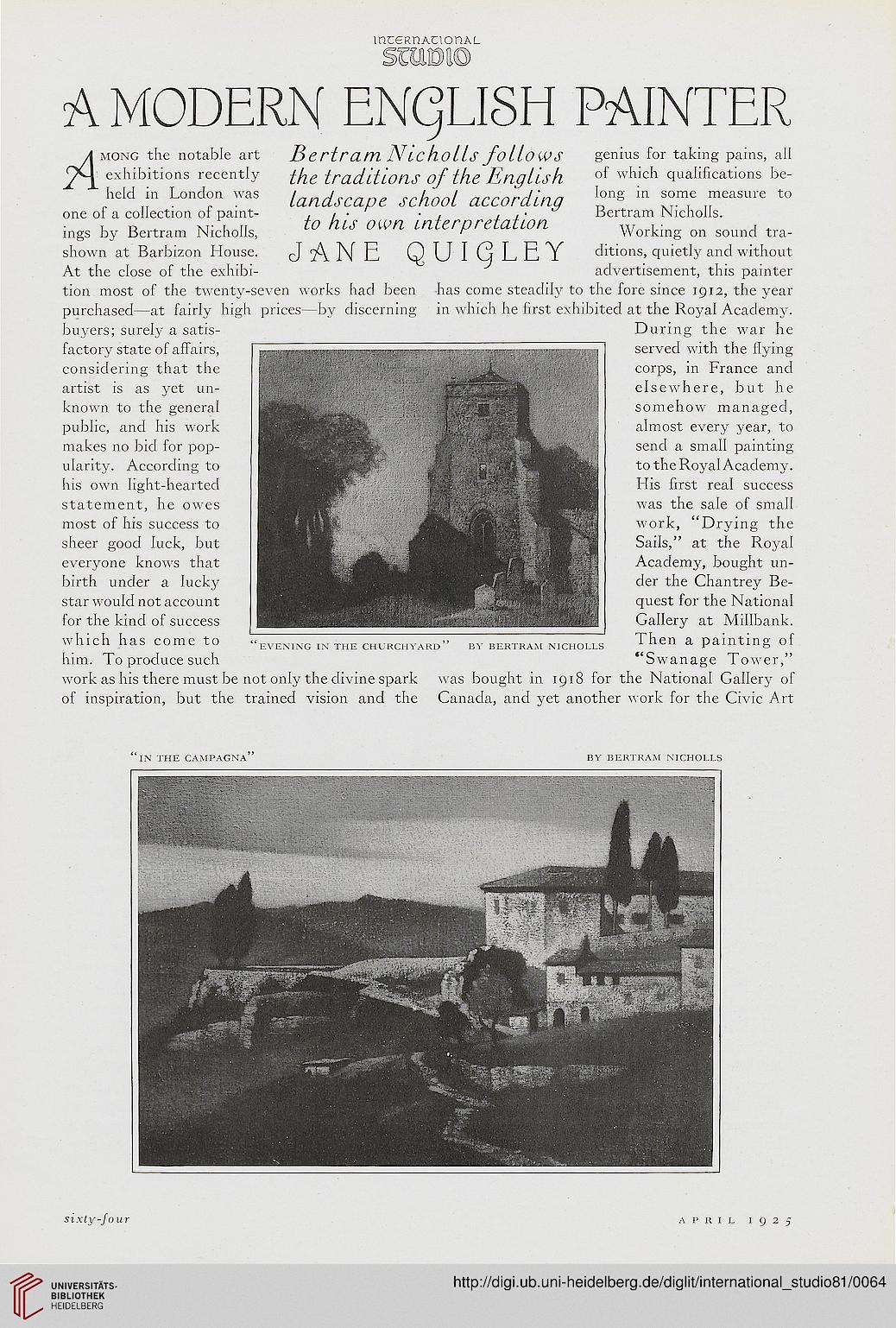 A mong the notable art B e rtram N ic ho lis follows genius for taking pains, all
2^ exhibitions recently {fa traditions of the English of which qualifications be-
held in London was landscape school according l°ng in ^ ,Jneasure t0

shown at Barbizon House. JANE QUIGLEY ditions, quietly and without
At the close of the exhibi- advertisement, this painter

tion most of the twenty-seven works had been has come steadily to the fore since 1912, the year
purchased—at fairly high prices—by discerning in which he first exhibited at the Royal Academy,
buyers; surely a satis- During the war he

factory state of affairs,
considering that the
artist is as yet un-
known to the general
public, and his work
makes no bid for pop-
ularity. According to
his own light-hearted
statement, he owes
most of his success to
sheer good luck, but
everyone knows that
birth under a lucky
star would not account
for the kind of success
which has come to

served with the Hying
corps, in France and
elsewhere, but he
somehow managed,
almost every year, to
send a small painting
to the Royal Academy.
His first real success
was the sale of small
work, "Drying the
Sails," at the Royal
Academy, bought un-
der the Chantrey Be-
quest for the National
Gallery at Millbank.
Then a painting of

EVENING IN THE CHURCHYARD BY BERTRAM NICHOLLS

him. To produce such "Swanage Tower,"

work as his there must be not only the divine spark was bought in 1918 for the National Gallery of
of inspiration, but the trained vision and the Canada, and yet another work for the Civic Art