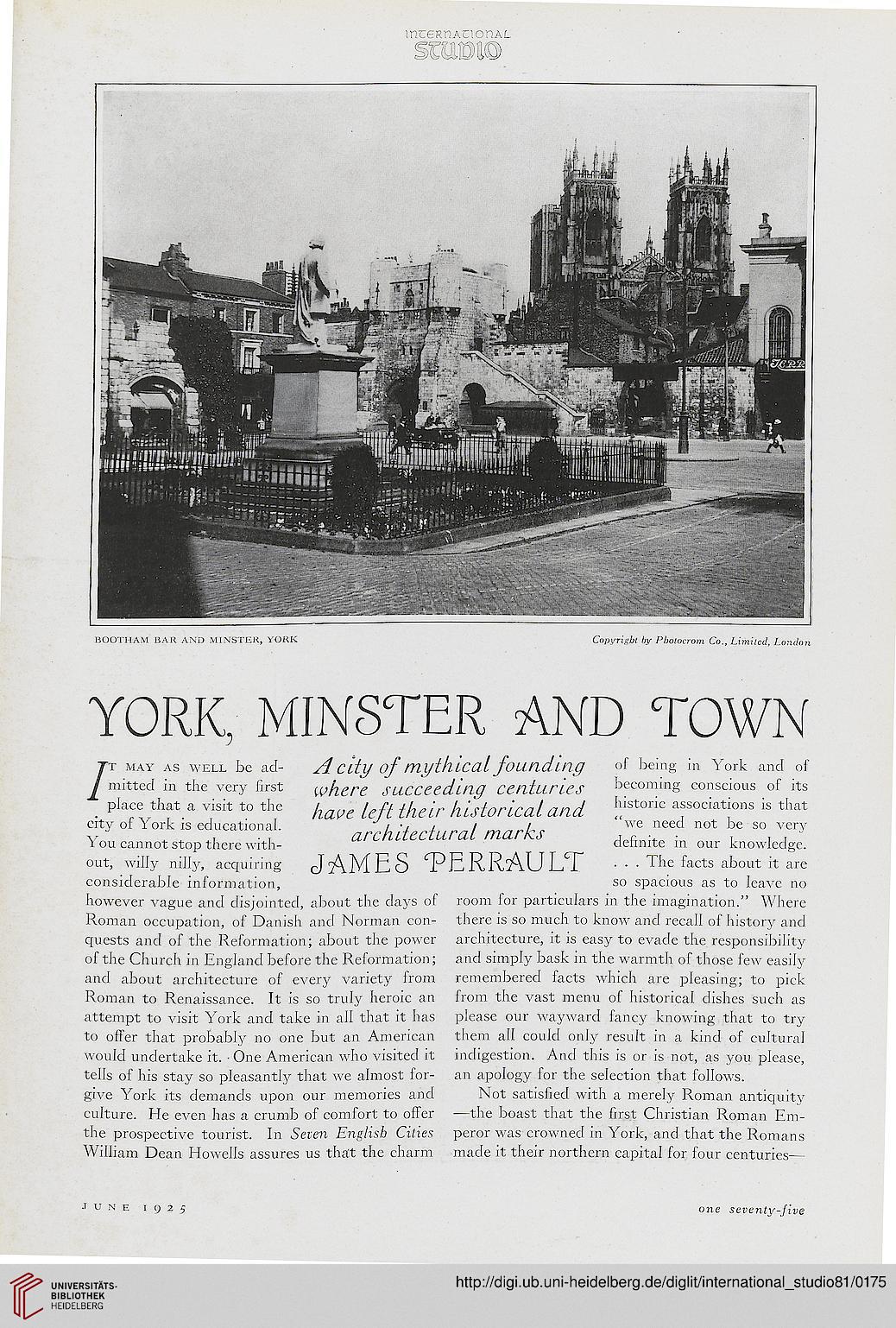 /t may as well be ad-
mitted in the very first
place that a visit to the
city of York is educational.
You cannot stop there with-
out, willy nilly, acquiring
considerable information,
however vague and disjointed, about the days of
Roman occupation, of Danish and Norman con-
quests and of the Reformation; about the power
of the Church in England before the Reformation;
and about architecture of every variety from
Roman to Renaissance. It is so truly heroic an
attempt to visit York and take in all that it lias
to offer that probably no one but an American
would undertake it. • One American who visited it
tells of his stay so pleasantly that we almost for-
give York its demands upon our memories and
culture. He even has a crumb of comfort to offer
the prospective tourist. In Seven English Cities
William Dean Howells assures us that the charm

of being in York and of
becoming conscious of its
historic associations is that
"we need not be so very
definite in our knowledge.
. . . The facts about it are
so spacious as to leave no
room for particulars in the imagination." Where
there is so much to know and recall of history and
architecture, it is easy to evade the responsibility
and simply bask in the warmth of those few easily
remembered facts which are pleasing; to pick
from the vast menu of historical dishes such as
please our wayward fancy knowing that to try
them all could only result in a kind of cultural
indigestion. And this is or is not, as you please,
an apology for the selection that follows.

Not satisfied with a merely Roman antiquity
—the boast that the first Christian Roman Em-
peror was crowned in York, and that the Romans
made it their northern capital for four centuries—