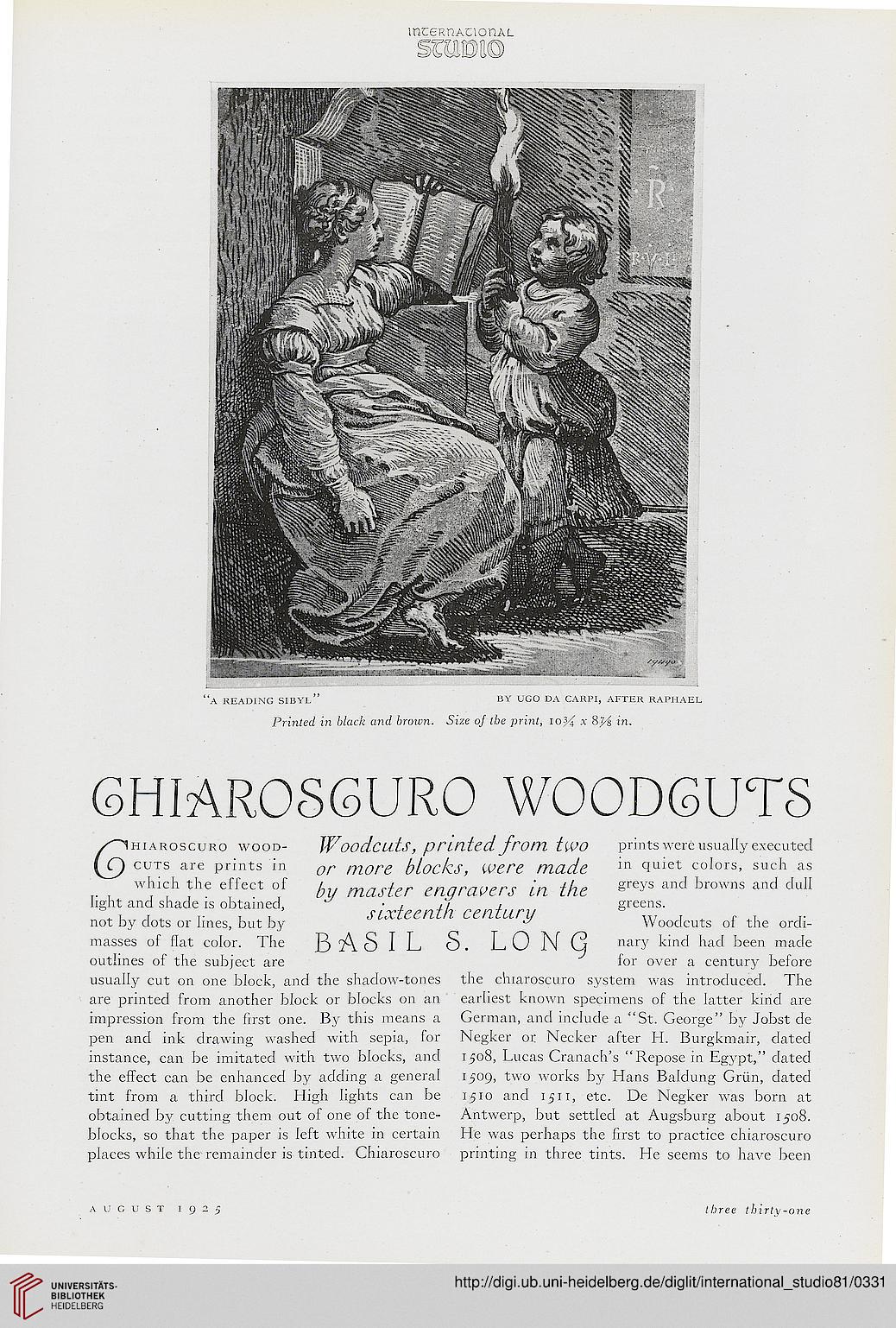 HIAROSCURO WOOD-
CUTS are prints in
which the effect of
light and shade is obtained,
not by dots or lines, but by
masses of flat color. The
outlines of the subject are
usually cut on one block, and the shadow-tones
are printed from another block or blocks on an
impression from the first one. By this means a
pen and ink drawing washed with sepia, for
instance, can be imitated with two blocks, and
the effect can be enhanced by adding a general
tint from a third block. High lights can be
obtained by cutting them out of one of the tone-
blocks, so that the paper is left white in certain
places while the remainder is tinted. Chiaroscuro

prints were usually executed
in quiet colors, such as
greys and browns and dull
greens.

Woodcuts of the ordi-
nary kind had been made
for over a century before
the chiaroscuro system was introduced. The
earliest known specimens of the latter kind are
German, and include a "St. George" by Jobst de
Negker or Necker after H. Burgkmair, dated

1509, two works by Hans Baldung Griin, dated
1510 and 1511, etc. De Negker was born at
Antwerp, but settled at Augsburg about 1508.
He was perhaps the first to practice chiaroscuro
printing in three tints. He seems to have been

Woodcuts, printed from two
or more blocks, were made
by master engravers in the
sixteenth century