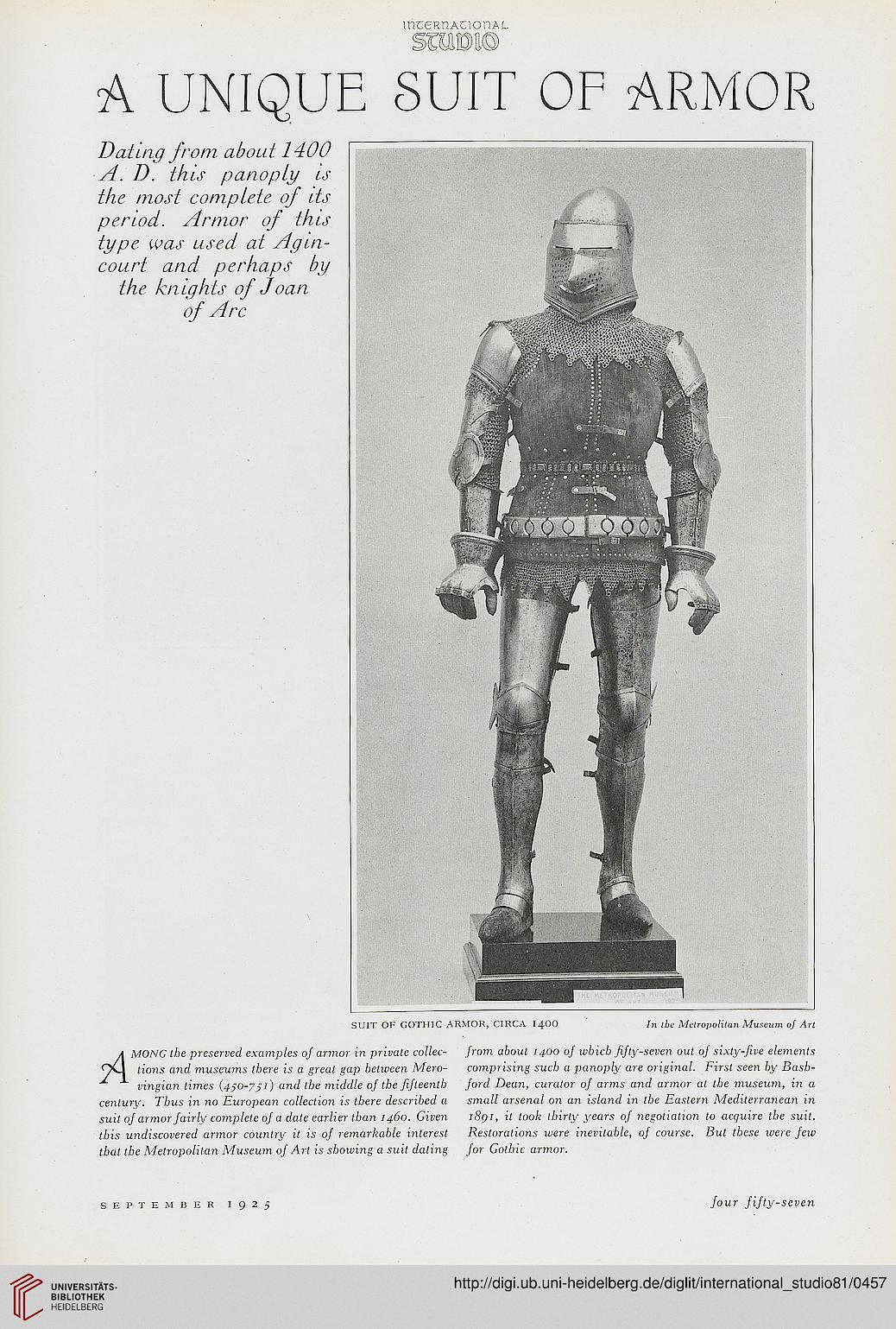 Dating from about 1400
A. D. this panoply is
the most complete of its
period. Armor of this
type was used at Agin-
court and perhaps by
the kn ights of Joan
of Arc

SUIT OF GOTHIC ARMOR, CIRCA I4OO /„ the Metropolitan Museum of Art

OCJ tions and museums there is a great gap between Mero- comprising such a panoply are original. First seen by Bash-

vingian times (450-751) and the middle of the fifteenth ford Dean, curator of arms and armor at the museum, in a

century. Thus in no European collection is there described a small arsenal on an island in the Eastern Mediterranean in

suit of armor fairly complete of a date earlier than 1460. Given i8qi, it took thirty years of negotiation to acquire the suit,

this undiscovered armor country it is of remarkable interest Restorations were inevitable, of course. But these were few

that the Metropolitan Museum of Art is showing a suit dating for Gothic armor.