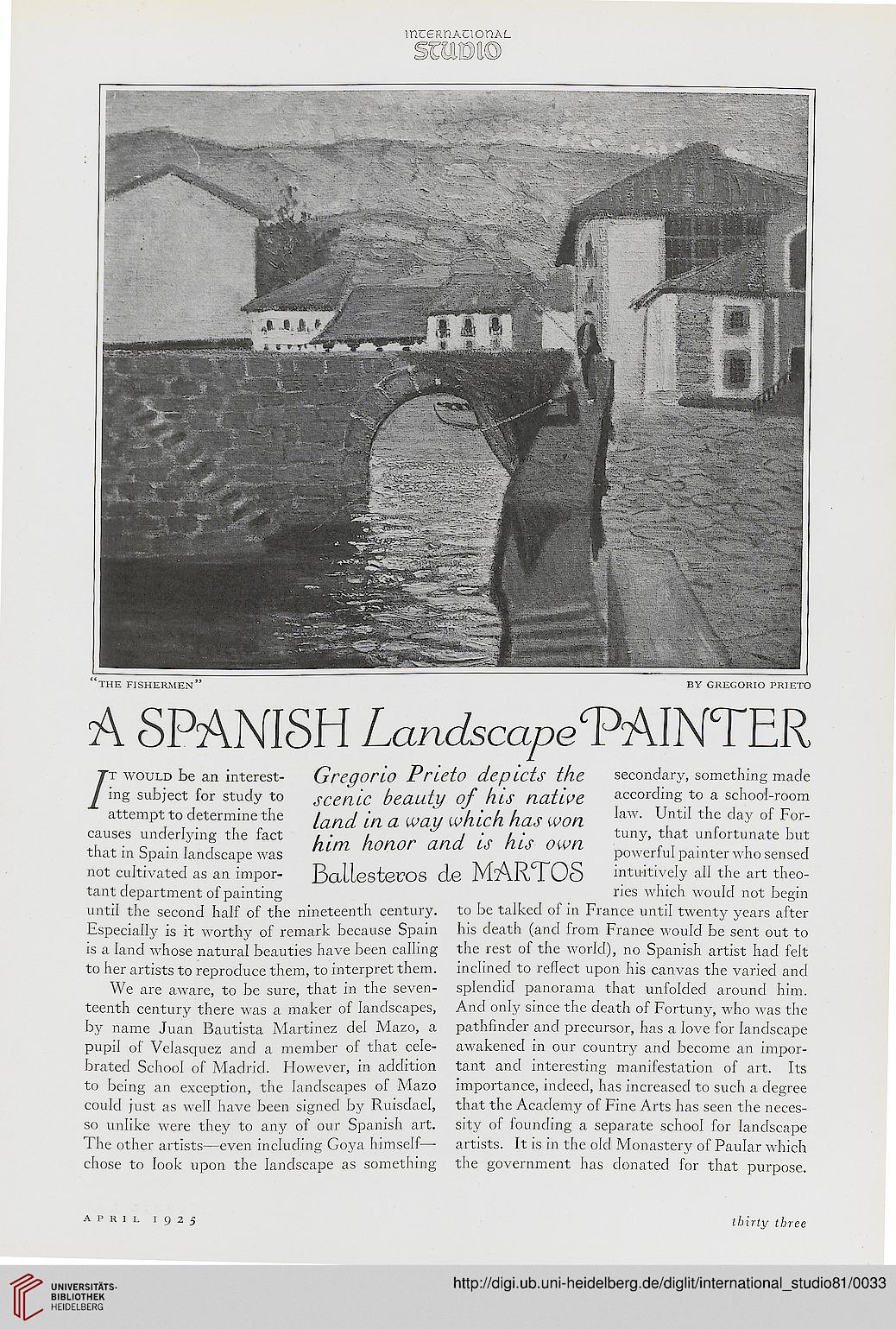 THE FISHERMEN" by GREGORIO PRIETO

/t would be an interest- Gregor 'iO Prieto depicts the secondary, something made
ing subject for study to scetlLC beauty of his native according to a school-room
attempt to determine the L d fa a way wn'LCk has WOtl IaW" U,ntiI th<T da>' of ^
causes underlying the fact /• / ■ „ „„j • a,* tuny, that unfortunate but

until the second half of the nineteenth century, to be talked of in France until twenty years after
Especially is it worthy of remark because Spain his death (and from France would be sent out to
is a land whose natural beauties have been calling the rest of the world), no Spanish artist had felt
to her artists to reproduce them, to interpret them, inclined to reflect upon his canvas the varied and
We are aware, to be sure, that in the seven- splendid panorama that unfolded around him.
teenth century there was a maker of landscapes, And only since the death of Fortuny, who was the
by name Juan Bautista Martinez del Mazo, a pathfinder and precursor, has a love for landscape
pupil of Velasquez and a member of that cele- awakened in our country and become an impor-
brated School of Madrid. However, in addition tant and interesting manifestation of art. Its
to being an exception, the landscapes of Mazo importance, indeed, has increased to such a degree
could just as well have been signed by Ruisdael, that the Academy of Fine Arts has seen the neces-
so unlike were they to any of our Spanish art. sity of founding a separate school for landscape
The other artists—even including Goya himself— artists. It is in the old Monastery of Paular which
chose to look upon the landscape as something the government has donated for that purpose.