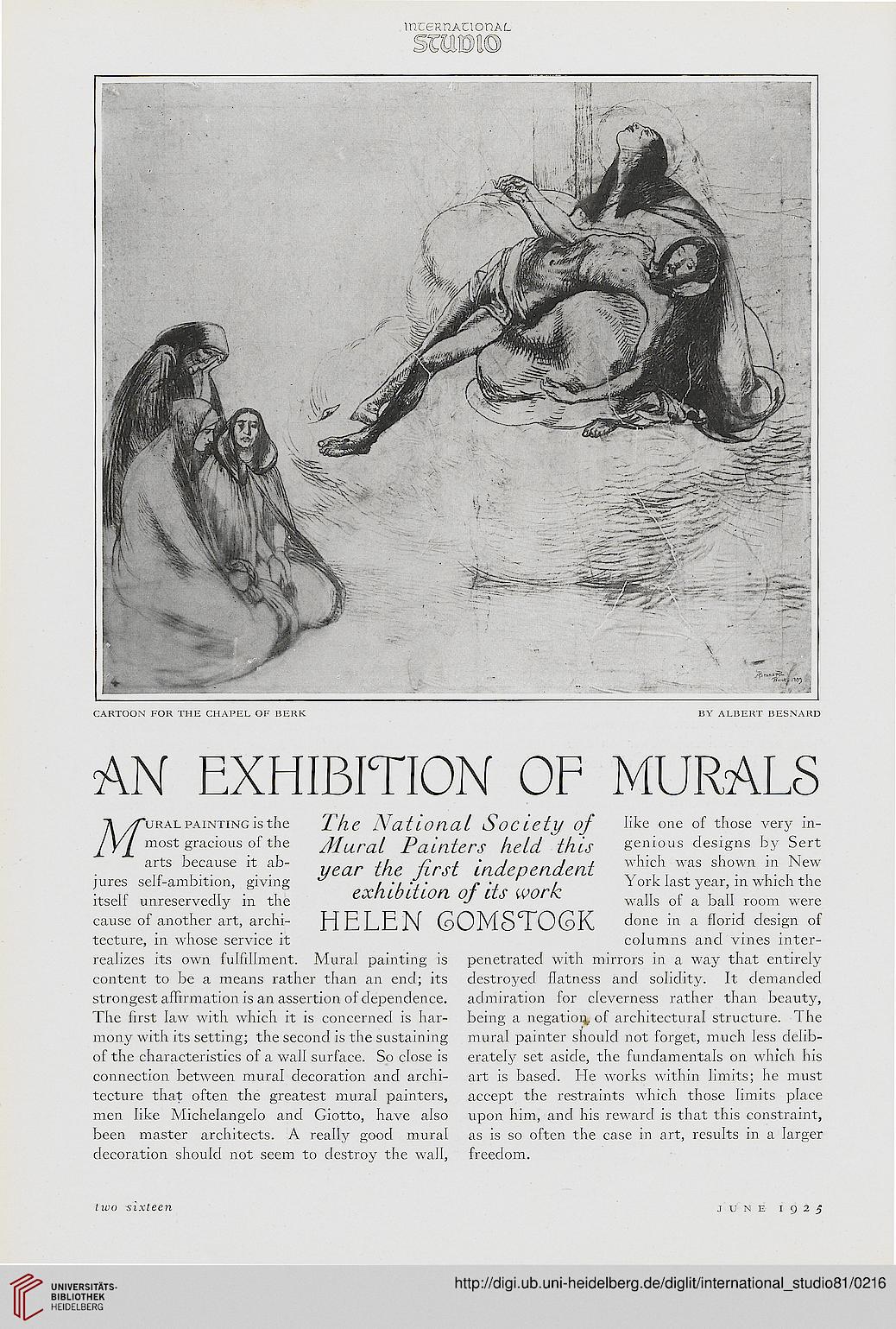 cartoon for the chapel of berk by albert besnard

itselt unreservedly m the J walls ol a ball room were
cause of another art, archi- HELElNf G30lV[STO(3K done in a florid design of
tecture, in whose service it columns and vines inter-
realizes its own fulfillment. Mural painting is penetrated with mirrors in a way that entirely
content to be a means rather than an end; its destroyed flatness and solidity. It demanded
strongest affirmation is an assertion of dependence, admiration for cleverness rather than beauty,
The first law with which it is concerned is har- being a negation, of architectural structure. The
mony with its setting; the second is the sustaining mural painter should not forget, much less dehb-
of the characteristics of a wall surface. So close is eratcly set aside, the fundamentals on which his
connection between mural decoration and archi- art is based. He works within limits; he must
tecture that often the greatest mural painters, accept the restraints which those limits place
men like Michelangelo and Giotto, have also upon him, and his reward is that this constraint,
been master architects. A really good mural as is so often the case in art, results in a larger
decoration should not seem to destroy the wall, freedom.