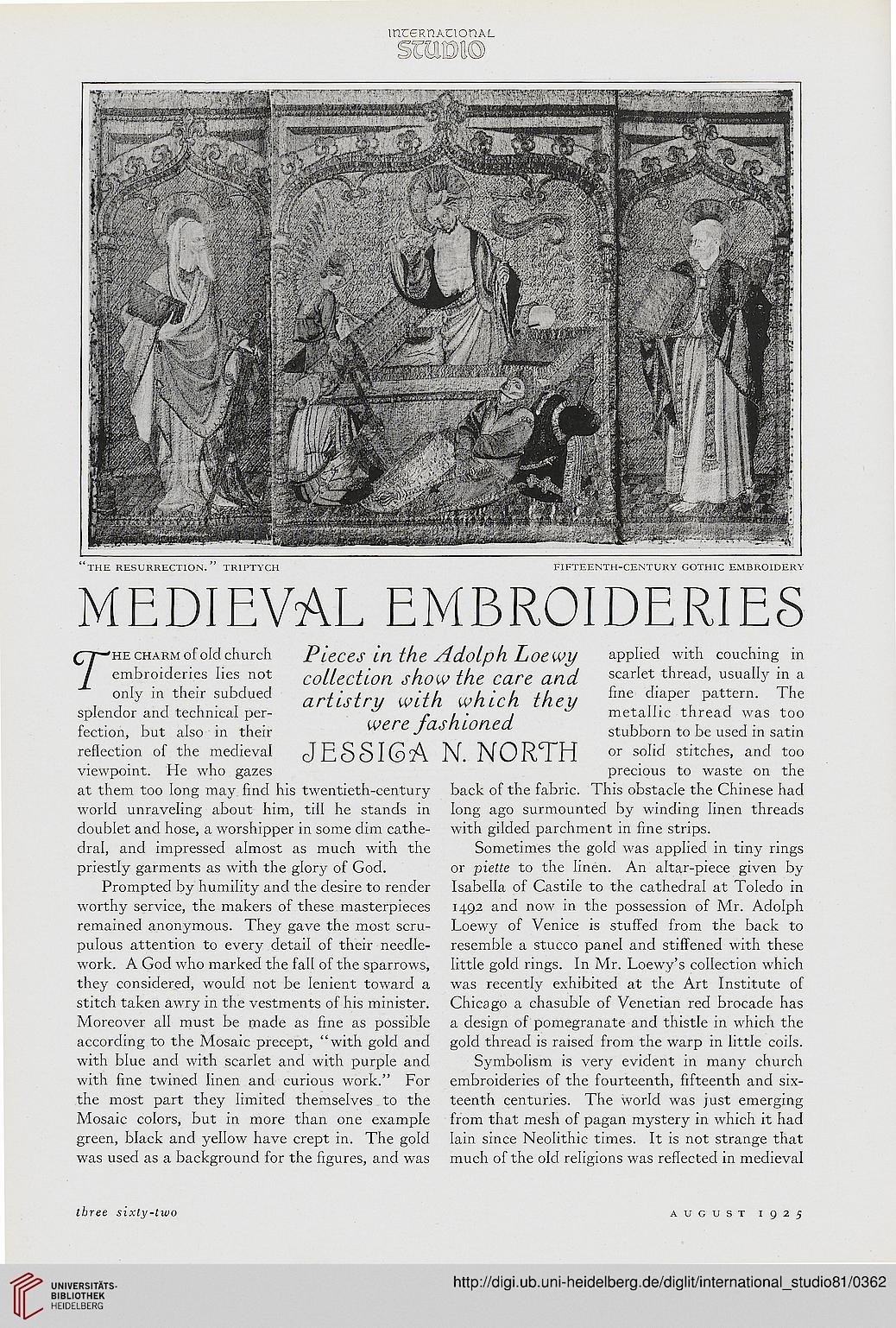 , 7ly SUbrdUed artistry with which they fme Japer Pattern. The

splendor and technical per- £ L' J " metallic thread was too

fection, but also in their Were fashioned stubborn to be used in satin
reflection of the medieval cJESSIGA ]\f NORTH or so^d stitches, and too

viewpoint. He who gazes precious to waste on the

at them too long may find his twentieth-century back of the fabric. This obstacle the Chinese had

world unraveling about him, till he stands in long ago surmounted by winding linen threads

doublet and hose, a worshipper in some dim cathe- with gilded parchment in fme strips,

dral, and impressed almost as much with the Sometimes the gold was applied in tiny rings

priestly garments as with the glory of God. or piette to the linen. An altar-piece given by

worthy service, the makers of these masterpieces 1492 and now in the possession of Mr. Adolph

remained anonymous. They gave the most scru- Loewy of Venice is stuffed from the back to

work. A God who marked the fall of the sparrows, little gold rings. In Mr. Loewy's collection which

they considered, would not be lenient toward a was recently exhibited at the Art Institute of

stitch taken awry in the vestments of his minister. Chicago a chasuble of Venetian red brocade has

according to the Mosaic precept, "with gold and gold thread is raised from the warp in little coils,

with fme twined linen and curious work." For embroideries of the fourteenth, fifteenth and six-

the most part they limited themselves to the teenth centuries. The world was just emerging

Mosaic colors, but in more than one example from that mesh of pagan mystery in which it had

green, black and yellow have crept in. The gold Iain since Neolithic times. It is not strange that

was used as a background for the figures, and was much of the old religions was reflected in medieval