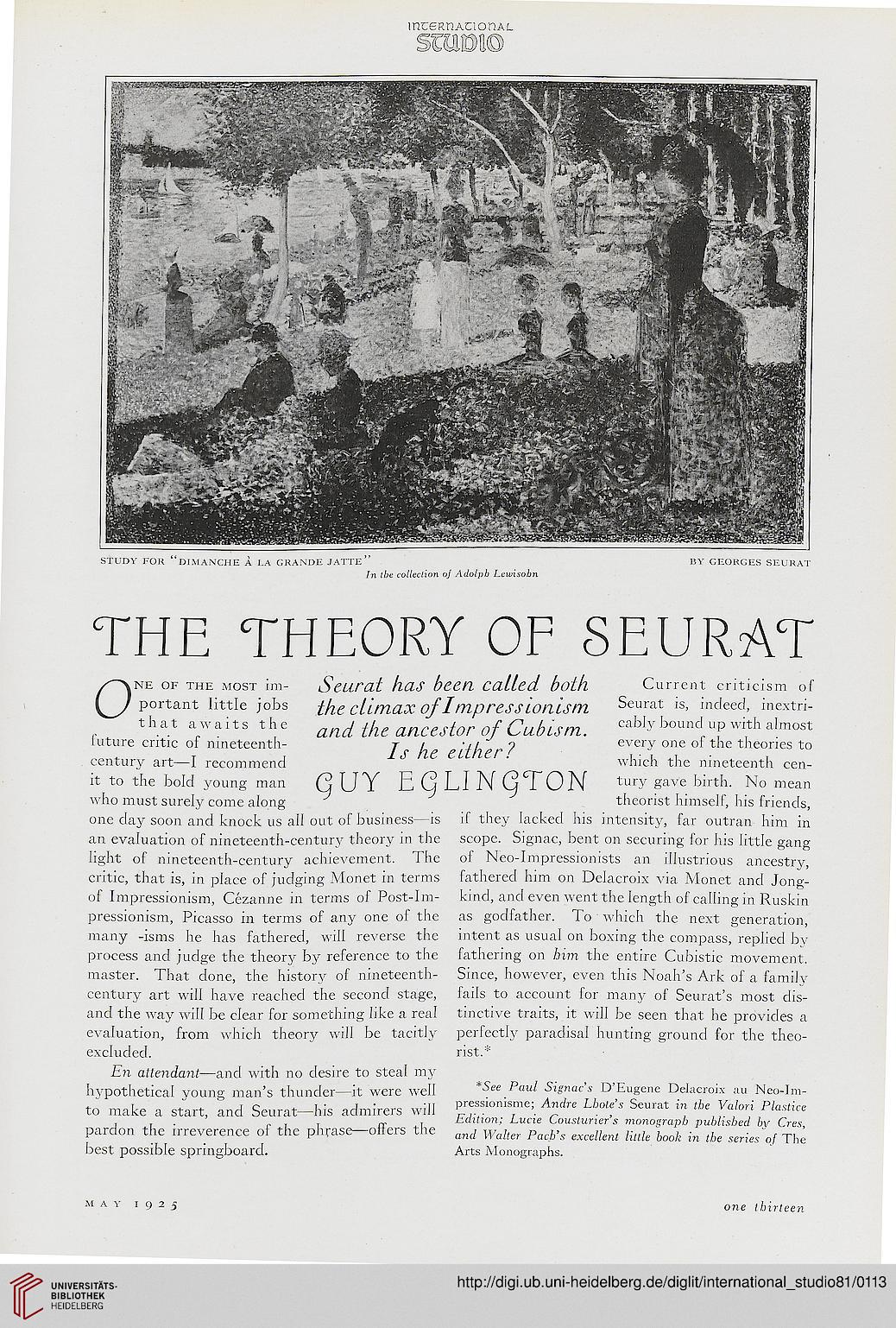 THE THEORY OF SEURAT

One of the most im-
portant little jobs

that awaits the
iuture critic of nineteenth-
century art—I recommend
it to the bold young man
who must surely come along
one day soon and knock us all out of business—is
an evaluation of nineteenth-century theory in the
light of nineteenth-century achievement. The
critic, that is, in place of judging Monet in terms
of Impressionism, Cezanne in terms of Post-Im-
pressionism, Picasso in terms of any one of the
many -isms he lias fathered, will reverse the
process and judge the theory by reference to the
master. That done, the history of nineteenth-
century art will have reached the second stage,
and the way will be clear for something like a real
evaluation, from which theory will be tacitly
excluded.

En attendant—and with no desire to steal my
hypothetical young man's thunder—it were well
to make a start, and Seurat—his admirers will
pardon the irreverence of the phrase—offers the
best possible springboard.

Current criticism of
Seurat is, indeed, inextri-
cably bound up with almost
every one of the theories to
which the nineteenth cen-
tury gave birth. No mean
theorist himself, his friends,
if they lacked his intensity, far outran him in
scope. Signac, bent on securing for his little gang
of Neo-Impressionists an illustrious ancestry,
fathered him on Delacroix via Monet and Jong-
kind, and even went the length of calling in Ruskin
as godfather. To which the next generation,
intent as usual on boxing the compass, replied by
fathering on him the entire Cubistic movement.
Since, however, even this Noah's Ark of a family
fails to account for many of Seurat's most dis-
tinctive traits, it will be seen that he provides a
perfectly paradisal hunting ground for the theo-
rist.*

Seurat has been called both
the climax of Impressionism
and the ancestor of Cubism.
Is he either?