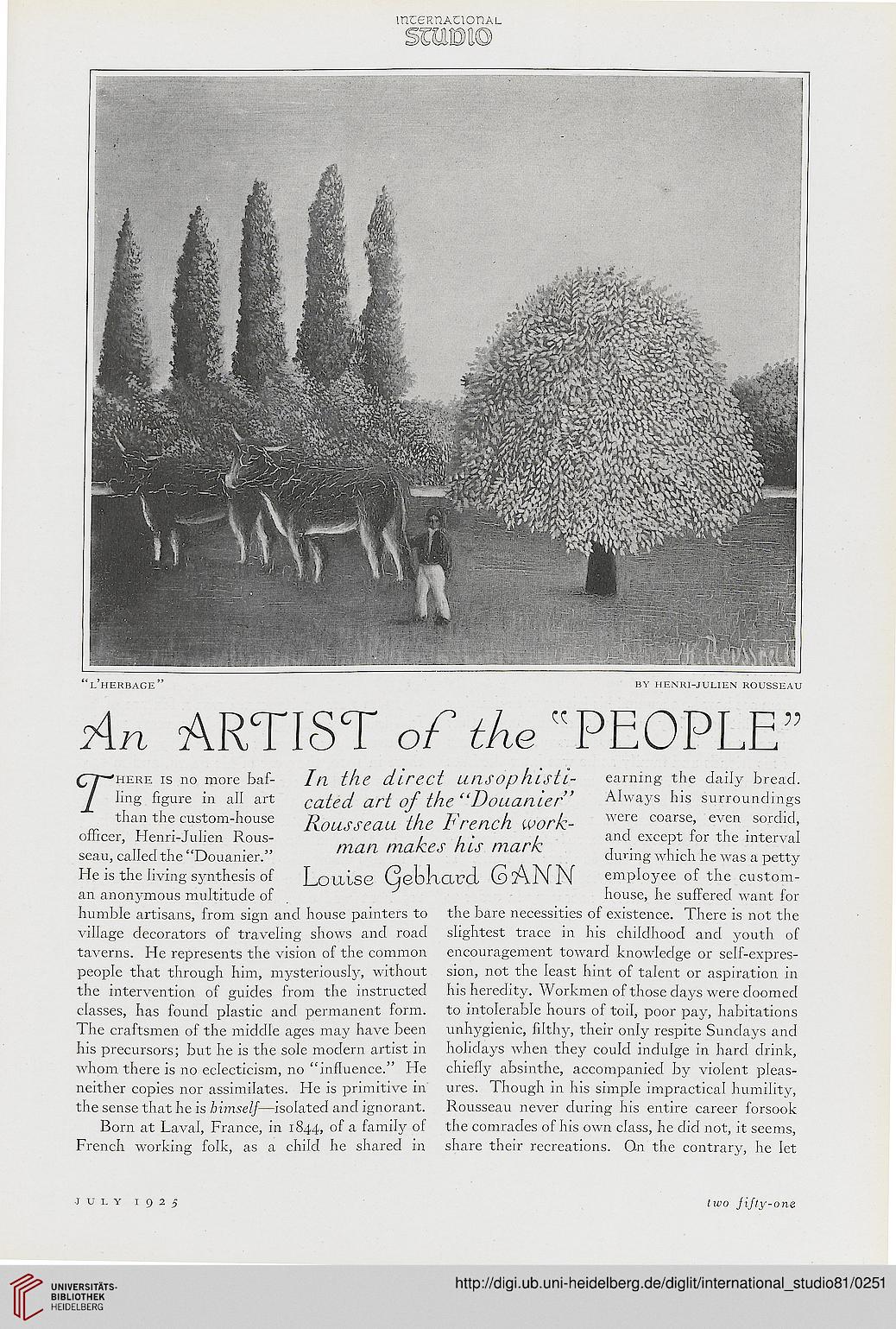 An ARTIST of the "PEOPLE"

rHERE is no more bai-
ling figure in all art
than the custom-house
officer, Henri-Julien Rous-
seau, called the "Douanier."
He is the living synthesis of
an anonymous multitude of
humble artisans, from sign and house painters to
village decorators of traveling shows and road
taverns. He represents the vision of the common
people that through him, mysteriously, without
the intervention of guides from the instructed
classes, has found plastic and permanent form.
The craftsmen of the middle ages may have been
his precursors; but he is the sole modern artist in
whom there is no eclecticism, no "influence." He
neither copies nor assimilates. He is primitive in
the sense that he is himself—isolated and ignorant.

Born at Laval, France, in 1844, of a family of
French working folk, as a child he shared in

earning the daily bread.
Always his surroundings
were coarse, even sordid,
and except for the interval
during which he was a petty
employee of the custom-
house, he suffered want for
the bare necessities of existence. There is not the
slightest trace in his childhood and youth of
encouragement toward knowledge or self-expres-
sion, not the least hint of talent or aspiration in
his heredity. Workmen of those days were doomed
to intolerable hours of toil, poor pay, habitations
unhygienic, filthy, their only respite Sundays and
holidays when they could indulge in hard drink,
chiefly absinthe, accompanied by violent pleas-
ures. Though in his simple impractical humility,
Rousseau never during his entire career forsook
the comrades of his own class, he did not, it seems,
share their recreations. On the contrary, he let