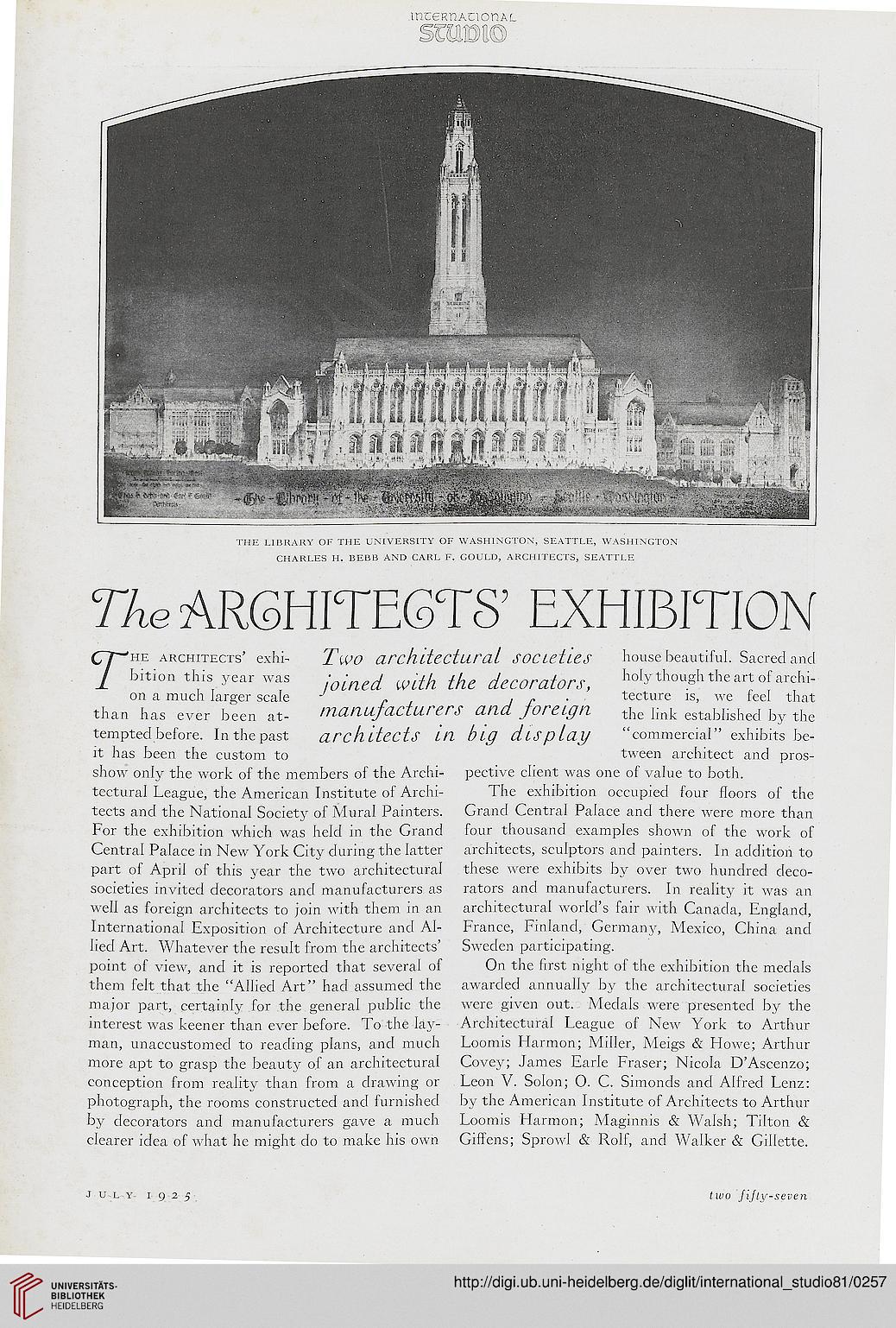 rhe architects' exhi-
bition this year was
on a much larger scale
than has ever been at-
tempted before. In the past
it has been the custom to
show only the work of the members of the Archi-
tectural League, the American Institute of Archi-
tects and the National Society of Mural Painters.
For the exhibition which was held in the Grand
Central Palace in New York City during the latter
part of April of this year the two architectural
societies invited decorators and manufacturers as
well as foreign architects to join with them in an
International Exposition of Architecture and Al-
lied Art. Whatever the result from the architects'
point of view, and it is reported that several of
them felt that the "Allied Art" had assumed the
major part, certainly for the general public the
interest was keener than ever before. To the lay-
man, unaccustomed to reading plans, and much
more apt to grasp the beauty of an architectural
conception from reality than from a drawing or
photograph, the rooms constructed and furnished
by decorators and manufacturers gave a much
clearer idea of what he might do to make his own

house beautiful. Sacred and
holy though the art of archi-
tecture is, we feel that
the link established by the
"commercial" exhibits be-
tween architect and pros-
pective client was one of value to both.

The exhibition occupied four floors of the
Grand Central Palace and there were more than
four thousand examples shown of the work of
architects, sculptors and painters. In addition to
these were exhibits by over two hundred deco-
rators and manufacturers. In reality it was an
architectural world's fair with Canada, England,
France, Finland, Germany, Mexico, China and
Sweden participating.

On the first night of the exhibition the medals
awarded annually by the architectural societies
were given out. Medals were presented by the
Architectural League of New York to Arthur
Loomis Harmon; Miller, Meigs & Howe; Arthur
Covey; James Earle Fraser; Nicola D'Ascenzo;
Leon V. Solon; O. C. Simonds and Alfred Lenz:
by the American Institute of Architects to Arthur
Loomis Harmon; Maginnis & Walsh; Tilton &
Giffens; Sprowl & Rolf, and Walker & Gillette.