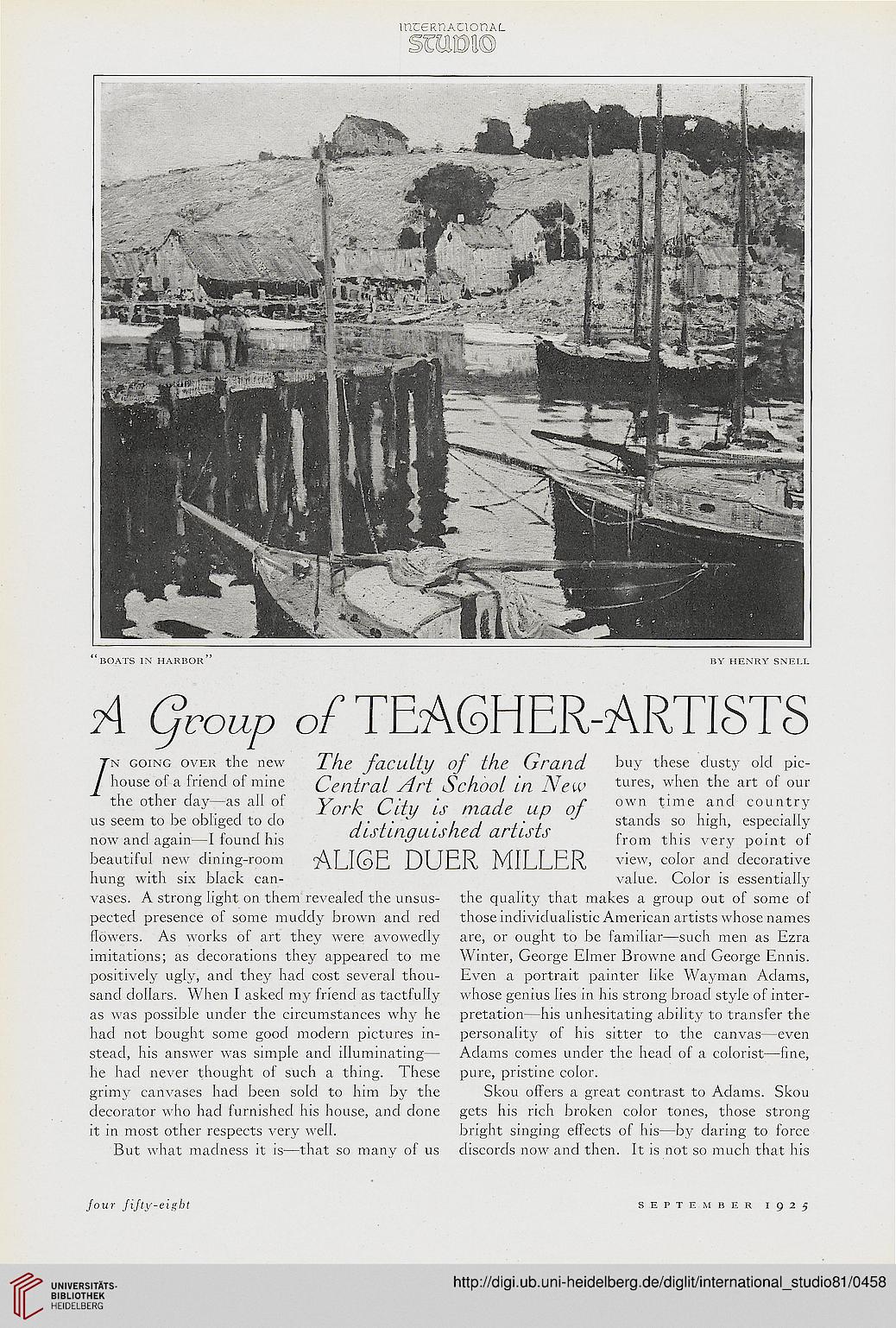 BOATS IN HARBOR BY HENRY SNELL

/n going over the new The faculty of the Grand buy these dusty old pic-
house of a friend of mine Central Art School in New tures, when the art of our
the other day-as; all of York City is made up of own time and country
us seem to be obliged to do i • , • • i i , • , stands so nigh, especially

now and again—1 lound his P from this very point 01
beautiful new dining-room ALI(3E DUER MILLER view, color and decorative
hung with six black can- value. Color is essentially
vases. A strong light on them revealed the unsus- the quality that makes a group out of some of
pected presence of some muddy brown and red those individualistic American artists whose names
flowers. As works of art they were avowedly are, or ought to be familiar—such men as Ezra
imitations; as decorations they appeared to me Winter, George Elmer Browne and George Ennis.
positively ugly, and they had cost several thou- Even a portrait painter like Wayman Adams,
sand dollars. When I asked my friend as tactfully whose genius lies in his strong broad style of inter-
as was possible under the circumstances why he pretation—his unhesitating ability to transfer the
had not bought some good modern pictures in- personality of his sitter to the canvas—even
stead, his answer was simple and illuminating— Adams comes under the head of a colorist—fine,
he had never thought of such a thing. These pure, pristine color.

grimy canvases had been sold to him by the Skou offers a great contrast to Adams. Skou

decorator who had furnished his house, and done gets his rich broken color tones, those strong

it in most other respects very well. bright singing effects of his—by daring to force

But what madness it is—that so many of us discords now and then. It is not so much that his