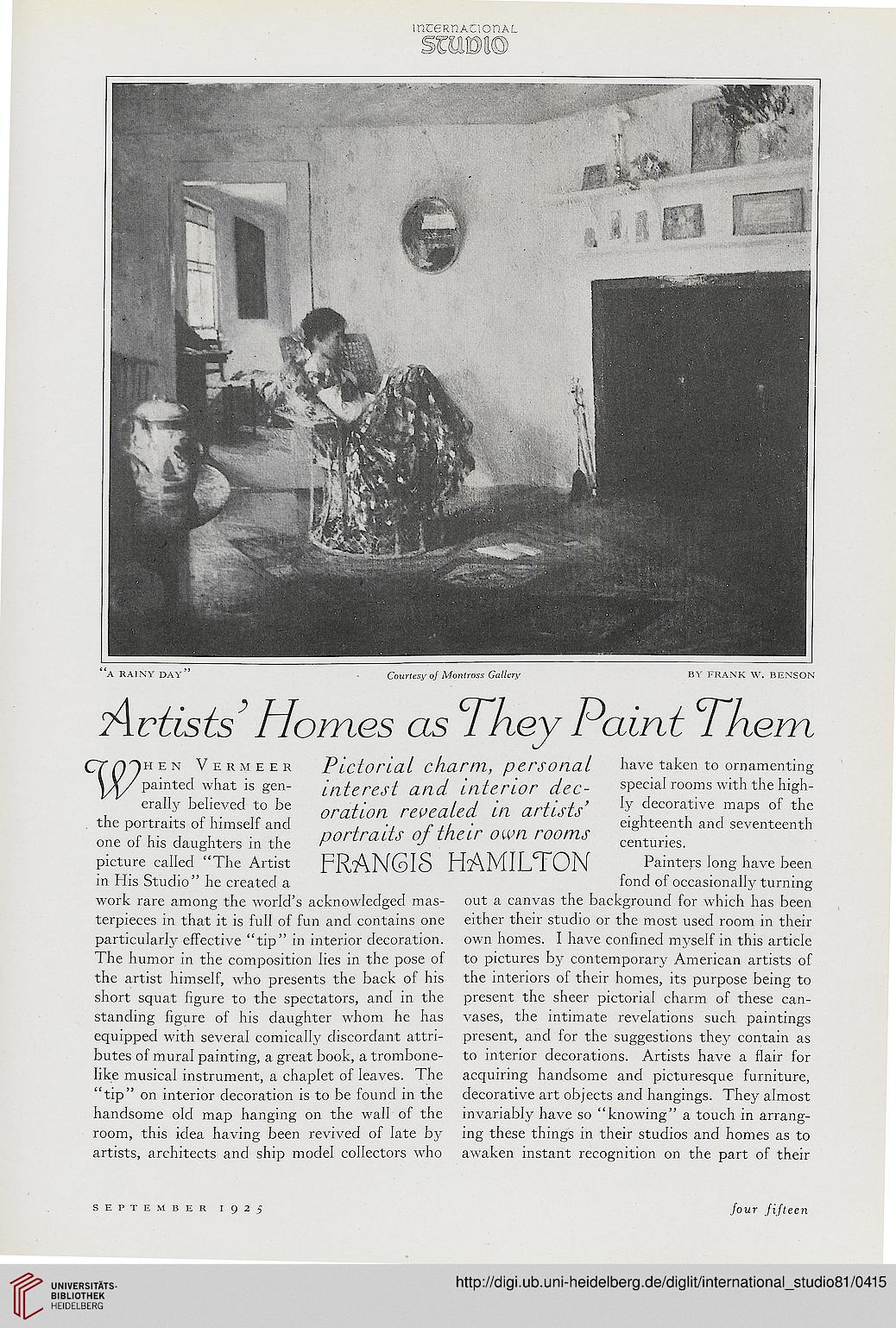 Artists' Homes as They Paint Them

erally believed to be ^Vfr' I? decorative maps of the

the portraits of himself and , •, r ,i • „ „ eighteenth and seventeenth

picture called "The Artist PRAN6I8 HAMILTON Painters long have been
in His Studio" he created a fond of occasionally turning
work rare among the world's acknowledged mas- out a canvas the background for which has been
terpieces in that it is full of fun and contains one either their studio or the most used room in their
particularly effective "tip" in interior decoration, own homes. I have confined myself in this article
The humor in the composition lies in the pose of to pictures by contemporary American artists of
the artist himself, who presents the back of his the interiors of their homes, its purpose being to
short squat figure to the spectators, and in the present the sheer pictorial charm of these can-
standing figure of his daughter whom he has vases, the intimate revelations such paintings
equipped with several comically discordant attri- present, and for the suggestions they contain as
butes of mural painting, a great book, a trombone- to interior decorations. Artists have a flair for
like musical instrument, a chaplet of leaves. The acquiring handsome and picturesque furniture,
"tip" on interior decoration is to be found in the decorative art objects and hangings. They almost
handsome old map hanging on the wall of the invariably have so "knowing" a touch in arrang-
room, this idea having been revived of late by ing these things in their studios and homes as to
artists, architects and ship model collectors who awaken instant recognition on the part of their