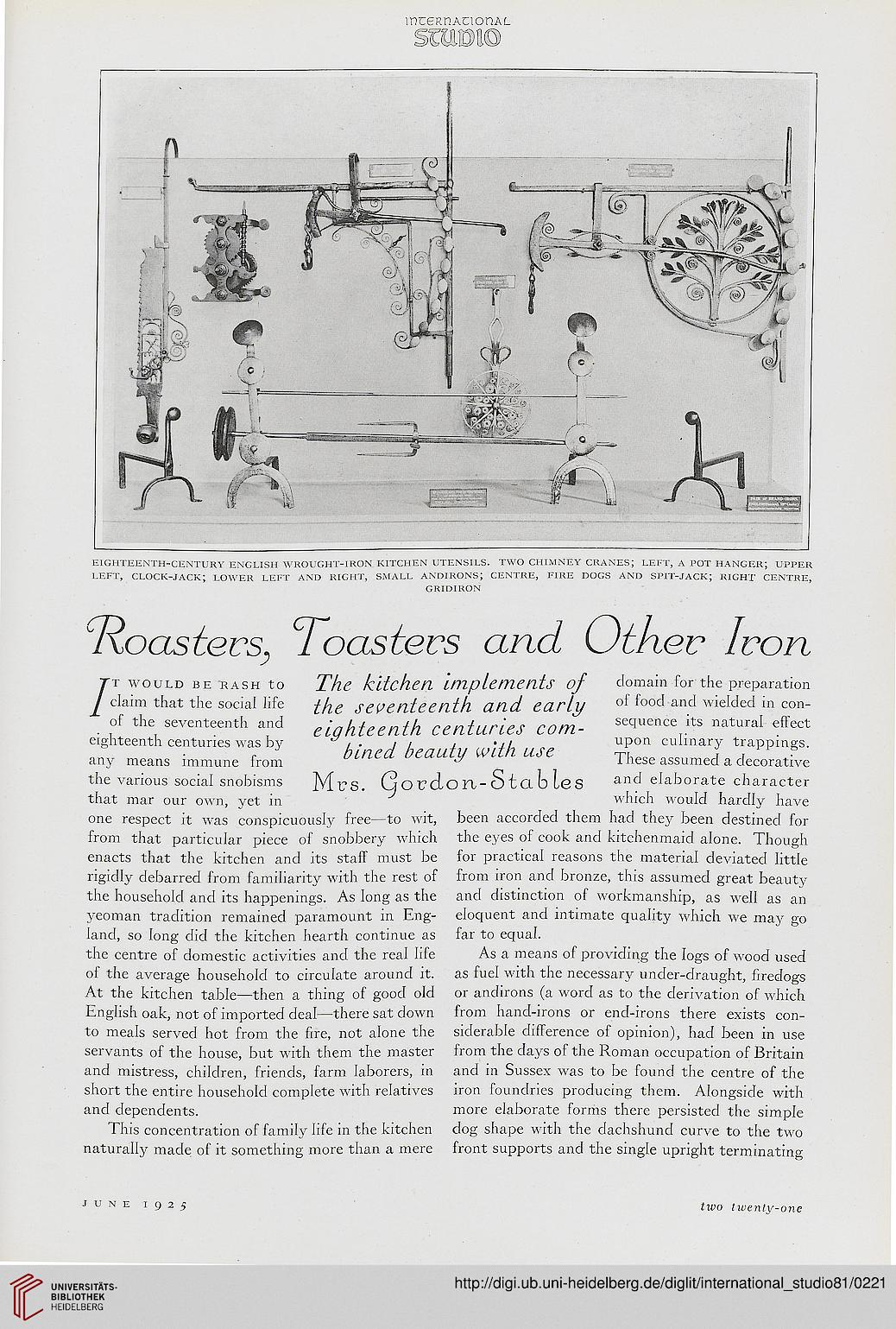 /t would be rash to The kitchen Implements of domain for the preparation
claim that the social life fne Seventeenth and earty of foocI and wielded in con-
of the seventeenth and e[Qhteenth Centuries Com- sequence its natural effect
eighteenth centuries was by ^ , . j, ,„•//,„ „_ upon culinary trappings,

any means immune from btned beaU*¥ WM These assumed a decorative

the various social snobisms MfS. G O vdo Ft-S t a h le S and elaborate character
that mar our own, yet in which would hardly have

one respect it was conspicuously free—to wit, been accorded them had they been destined for
from that particular piece of snobbery which the eyes of cook and kitchenmaid alone. Though
enacts that the kitchen and its staff must be for practical reasons the material deviated little
rigidly debarred from familiarity with the rest of from iron and bronze, this assumed great beauty
the household and its happenings. As long as the and distinction of workmanship, as well as an
yeoman tradition remained paramount in Eng- eloquent and intimate quality which we may go
land, so long did the kitchen hearth continue as far to equal.

the centre of domestic activities and the real life As a means of providing the logs of wood used
of the average household to circulate around it. as fuel with the necessary under-draught, firedogs
At the kitchen table—then a thing of good old or andirons (a word as to the derivation of which
English oak, not of imported deal—there sat down from hand-irons or end-irons there exists con-
to meals served hot from the fire, not alone the siderable difference of opinion), had been in use
servants of the house, but with them the master from the days of the Roman occupation of Britain
and mistress, children, friends, farm laborers, in and in Sussex was to be found the centre of the
short the entire household complete with relatives iron foundries producing them. Alongside with
and dependents. more elaborate forms there persisted the simple