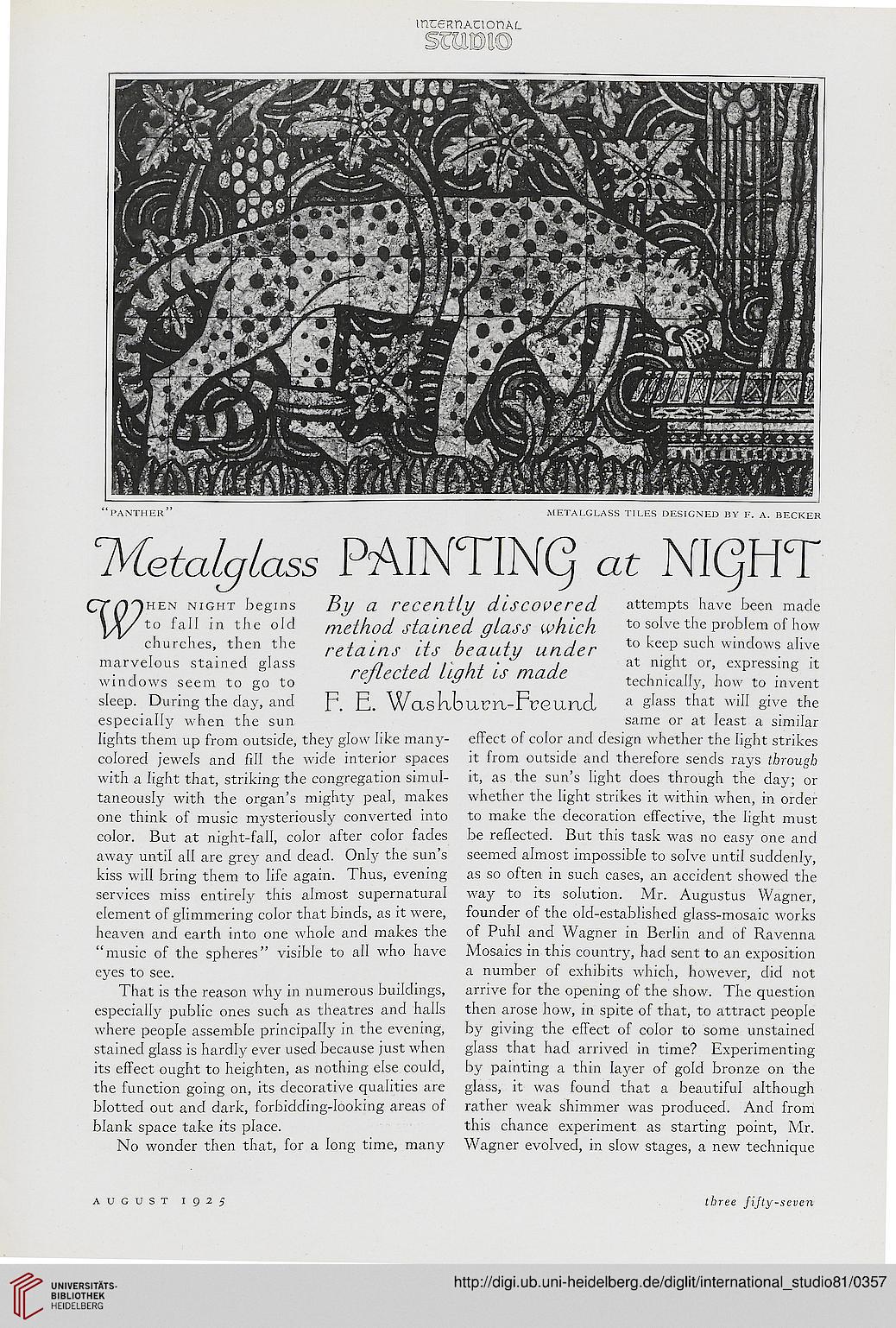 hen night begins By a recently discovered attempts have been made
to fall in the old method stained glass which to solve the problem of how
churches, then the retaLns lts beauty under to keep such windows alive

windows seem to go to technically, how to invent

sleep. During the day, and p. WasKhlXVYX-FveUYld a Slass that will give the

especially when the sun same or at least a similar

lights them up from outside, they glow like many- effect of color and design whether the light strikes

with a light that, striking the congregation simul- it, as the sun's light does through the day; or

taneously with the organ's mighty peal, makes whether the light strikes it within when, in order

one think of music mysteriously converted into to make the decoration effective, the fight must

color. But at night-fall, color after color fades be reflected. But this task was no easy one and

away until all are grey and dead. Only the sun's seemed almost impossible to solve until suddenly,

kiss will bring them to life again. Thus, evening as so often in such cases, an accident showed the

element of glimmering color that binds, as it were, founder of the old-established glass-mosaic works

"music of the spheres" visible to all who have Mosaics in this country, had sent to an exposition

eyes to see. a number of exhibits which, however, did not

That is the reason why in numerous buildings, arrive for the opening of the show. The question

especially public ones such as theatres and halls then arose how, in spite of that, to attract people

where people assemble principally in the evening, by giving the effect of color to some unstained

stained glass is hardly ever used because just when glass that had arrived in time? Experimenting

its effect ought to heighten, as nothing else could, by painting a thin layer of gold bronze on the

the function going on, its decorative qualities are glass, it was found that a beautiful although

blotted out and dark, forbidding-looking areas of rather weak shimmer was produced. And from

No wonder then that, for a long time, many Wagner evolved, in slow stages, a new technique