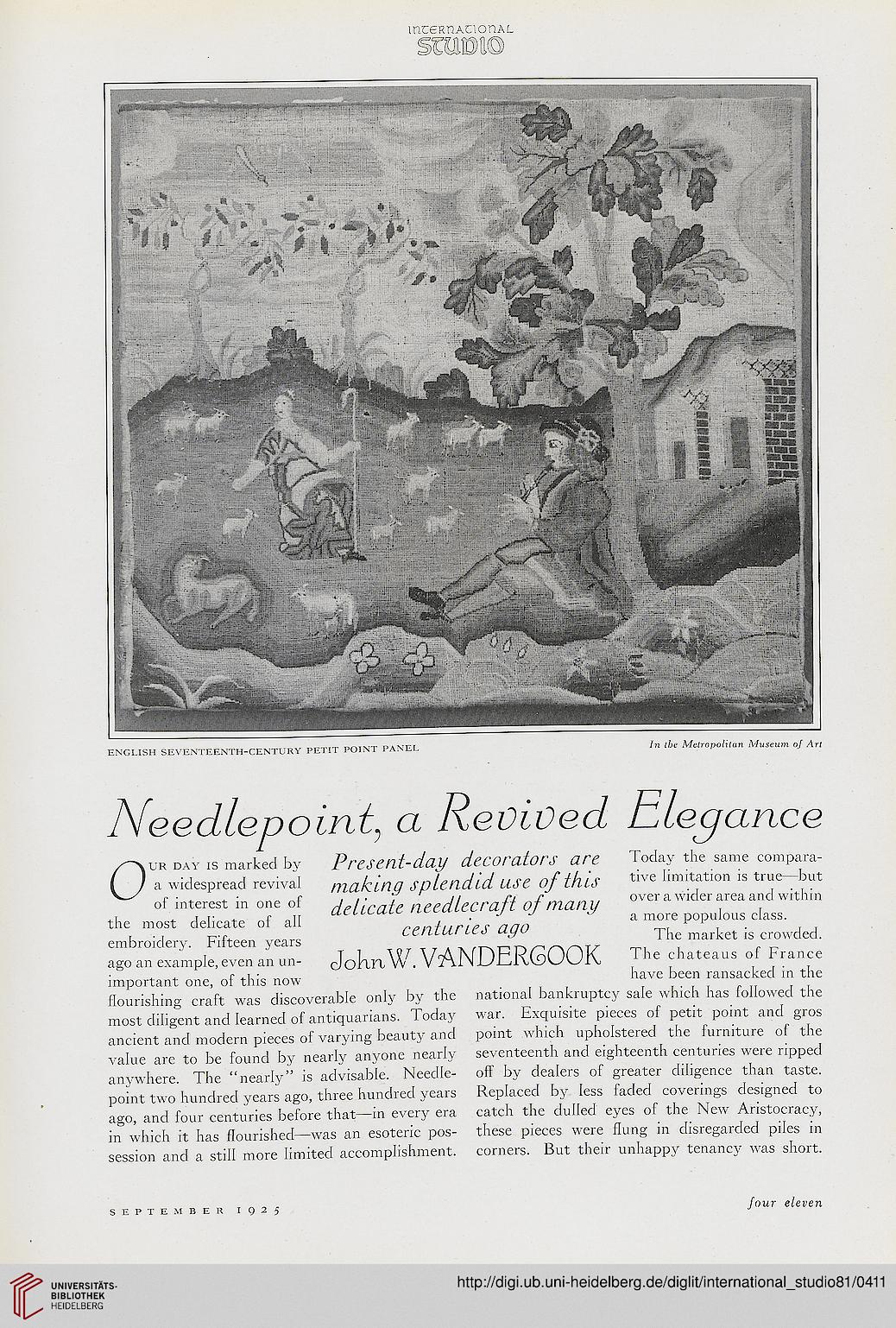 of interest in one of delicate needlecraft of many over a wider area a?d within

the most delicate of all turles aao & m°Xe populous cIass-

embroidery. Fifteen years Cen U " The market is crowded,

ago an example, even an un- JoknW. VANDERGOOK Tne chateaus of France
important one, of this now have been ransacked in the

most diligent and learned of antiquarians. Today war. Exquisite pieces of petit point and gros

anywhere. The "nearly" is advisable. Needle- off by dealers of greater diligence than taste,

ago, and four centuries before that—in every era catch the dulled eyes of the New Aristocracy,

session and a still more limited accomplishment, corners. But their unhappy tenancy was short.