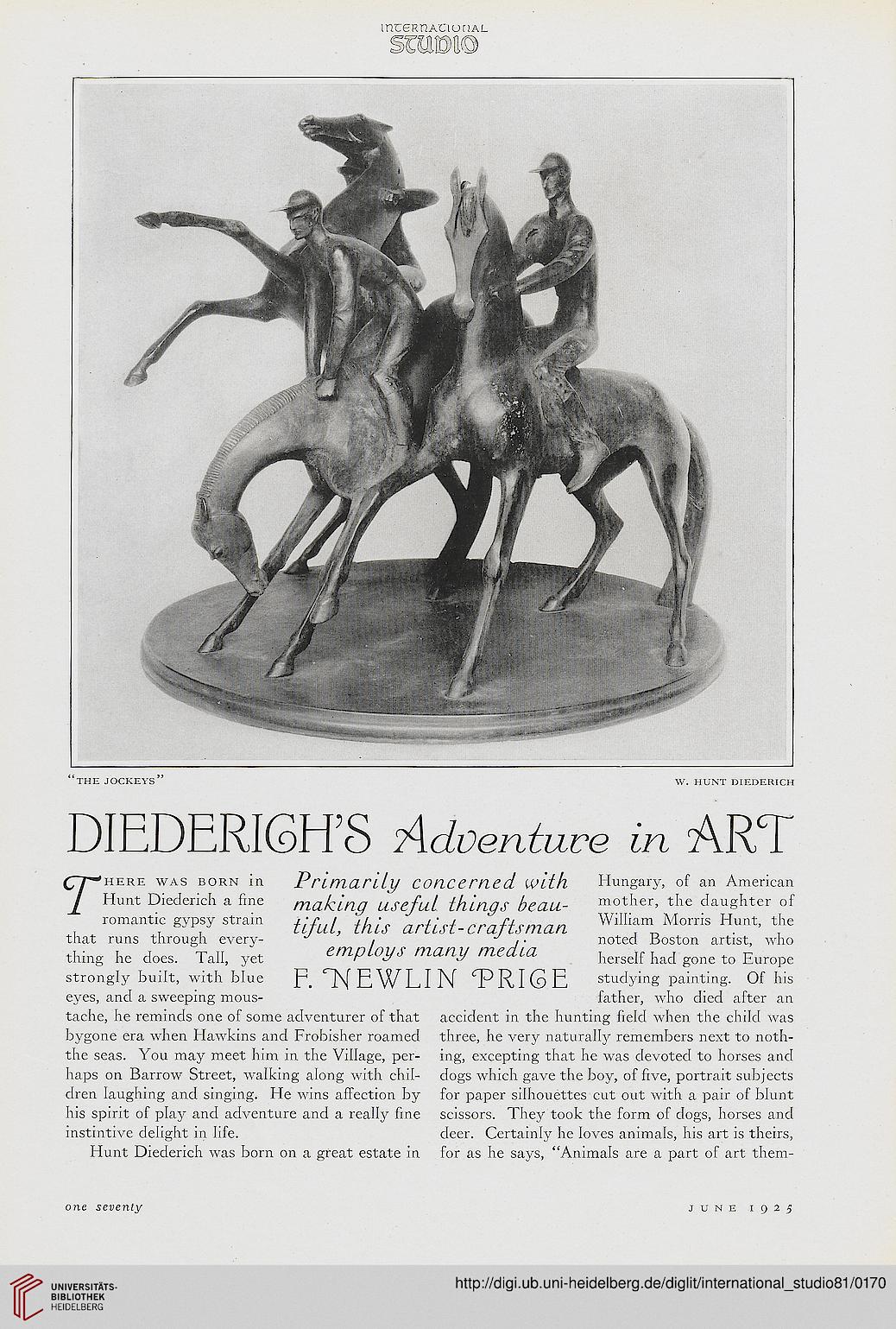 rhere was born in Primarily Concerned With Hungary, of an American
Hunt Diederich a fine making useful things beau- mother, the daughter of
romantic gypsy strain ^ ^ artist-craftsman William Morris Hunt, the
that runs through every- J , J ,. noted Boston artist, who

thing he does. Tall, yet employs many media herself had gone to Europe

strongly built, with blue p_ c]\[ EWLIN "\P R I Q> E studying painting. Of his
eyes, and a sweeping mous- father, who died after an

tache, he reminds one of some adventurer of that accident in the hunting field when the child was
bygone era when Hawkins and Frobisher roamed three, he very naturally remembers next to noth-
the seas. You may meet him in the Village, per- ing, excepting that he was devoted to horses and
haps on Barrow Street, walking along with chil- dogs which gave the boy, of five, portrait subjects
dren laughing and singing. He wins affection by for paper silhouettes cut out with a pair of blunt
his spirit of play and adventure and a really fine scissors. They took the form of dogs, horses and
instintive delight in life. deer. Certainly he loves animals, his art is theirs,

Hunt Diederich was born on a great estate in for as he says, "Animals are a part of art them-