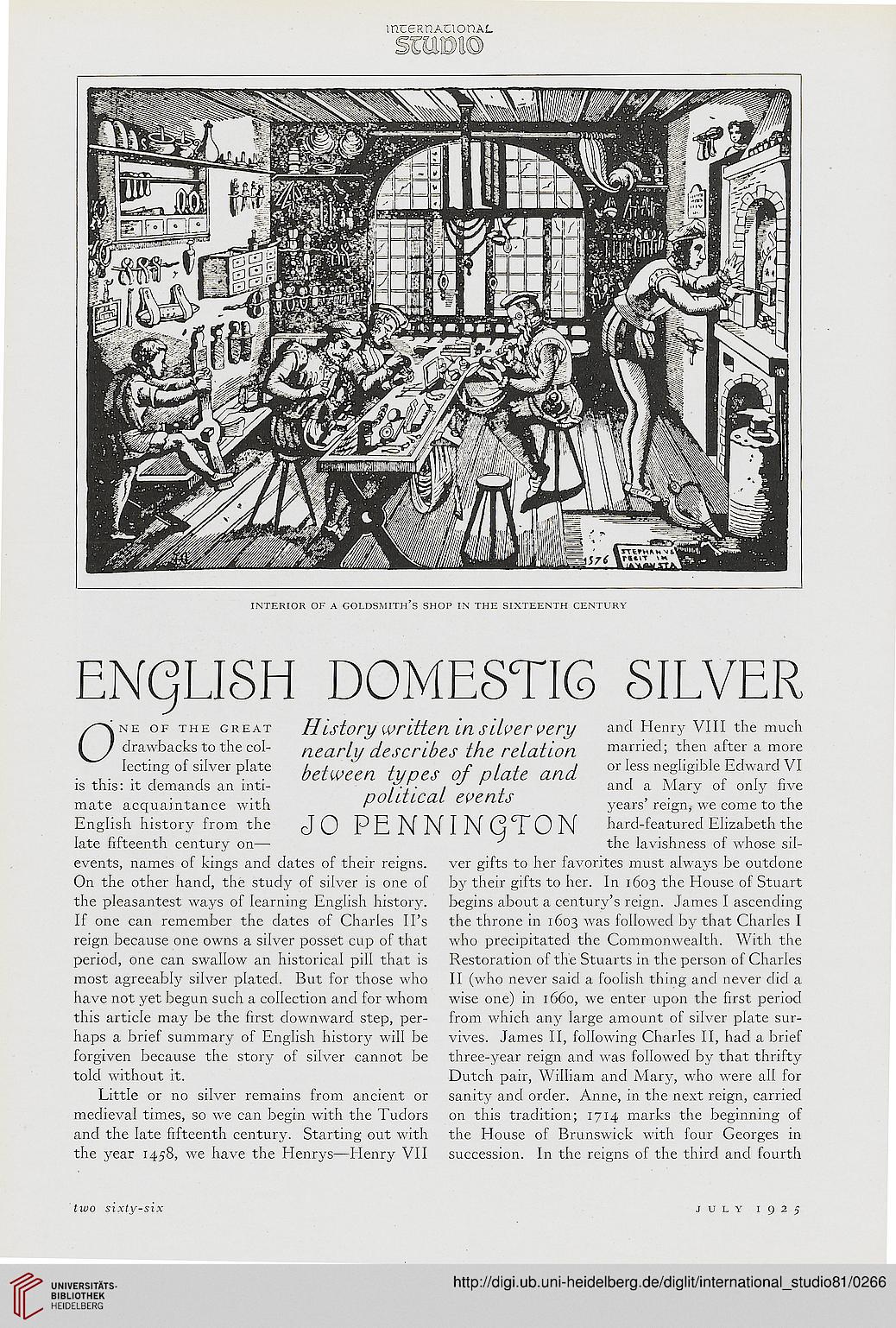 INTERIOR OF A GOLDSMITH'S SHOP IN THE SIXTEENTH CENTURY

O" ne of the great HIstoT\J WTItten In Siher Very and Henry VIII the much
drawbacks to the col- nearly describes the relation married; then after a more
Iectmg of silver plate bdween types 0f plate and or less negligible Edward VI
is this: it demands an mti- , •• I 4. anc^ a Mary °i only live

mate acquaintance with political events years'reign, we come to the

events, names of kings and dates of their reigns. ver gifts to her favorites must always be outdone
On the other hand, the study of silver is one of by their gifts to her. In 1603 the House of Stuart
the pleasantest ways of learning English history. begins about a century's reign. James I ascending
If one can remember the dates of Charles II's the throne in 1603 was followed by that Charles I
reign because one owns a silver posset cup of that who precipitated the Commonwealth. With the
period, one can swallow an historical pill that is Restoration of the Stuarts in the person of Charles
most agreeably silver plated. But for those who II (who never said a foolish thing and never did a
have not yet begun such a collection and for whom wise one) in 1660, we enter upon the first period
this article may be the first downward step, per- from which any large amount of silver plate sur-
haps a brief summary of English history will be vives. James II, following Charles II, had a brief
forgiven because the story of silver cannot be three-year reign and was followed by that thrifty
told without it. Dutch pair, William and Mary, who were all for

Little or no silver remains from ancient or sanity and order. Anne, in the next reign, carried
medieval times, so we can begin with the Tudors on this tradition; 1714 marks the beginning of
and the late fifteenth century. Starting out with the House of Brunswick with four Georges in
the year 1458, we have the Henrys—Henry VII succession. In the reigns of the third and fourth