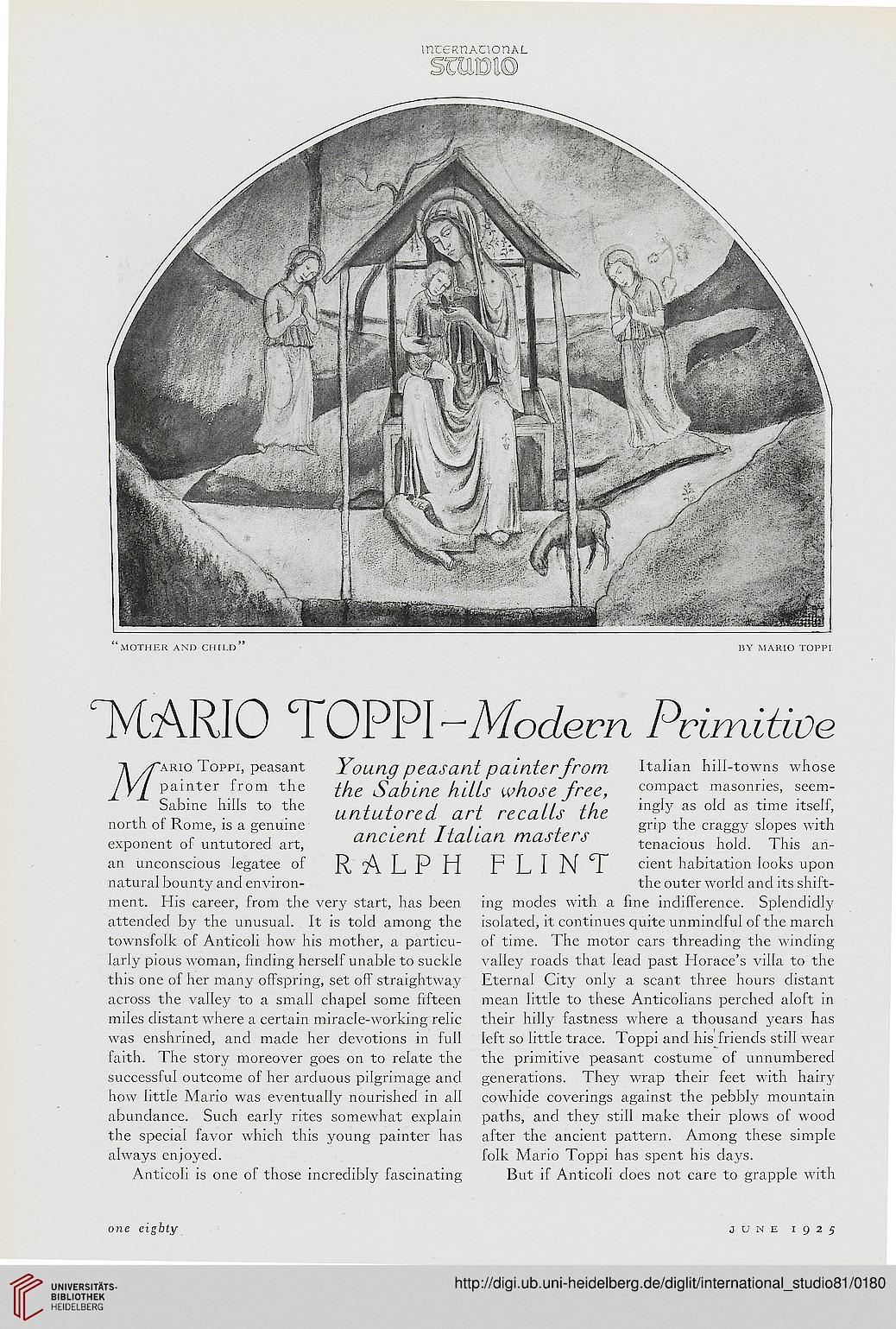 natural bounty and environ- the outer world and its shift-

ment. His career, from the very start, has been ing modes with a fine indifference. Splendidly
attended by the unusual. It is told among the isolated, it continues quite unmindful of the march
townsfolk of Anticoli how his mother, a particu- of time. The motor cars threading the winding
Iarly pious woman, finding herself unable to suckle valley roads that lead past Horace's villa to the
this one of her many offspring, set off straightway Eternal City only a scant three hours distant
across the valley to a small chapel some fifteen mean little to these Anticohans perched aloft in
miles distant where a certain miracle-working relic their hilly fastness where a thousand years has
was enshrined, and made her devotions in full left so little trace. Toppi and his friends still wear
faith. The story moreover goes on to relate the the primitive peasant costume of unnumbered
successful outcome of her arduous pilgrimage and generations. They wrap their feet with hairy
how little Mario was eventually nourished in all cowhide coverings against the pebbly mountain
abundance. Such early rites somewhat explain paths, and they still make their plows of wood
the special favor which this young painter has after the ancient pattern. Among these simple
always enjoyed. folk Mario Toppi has spent his days.