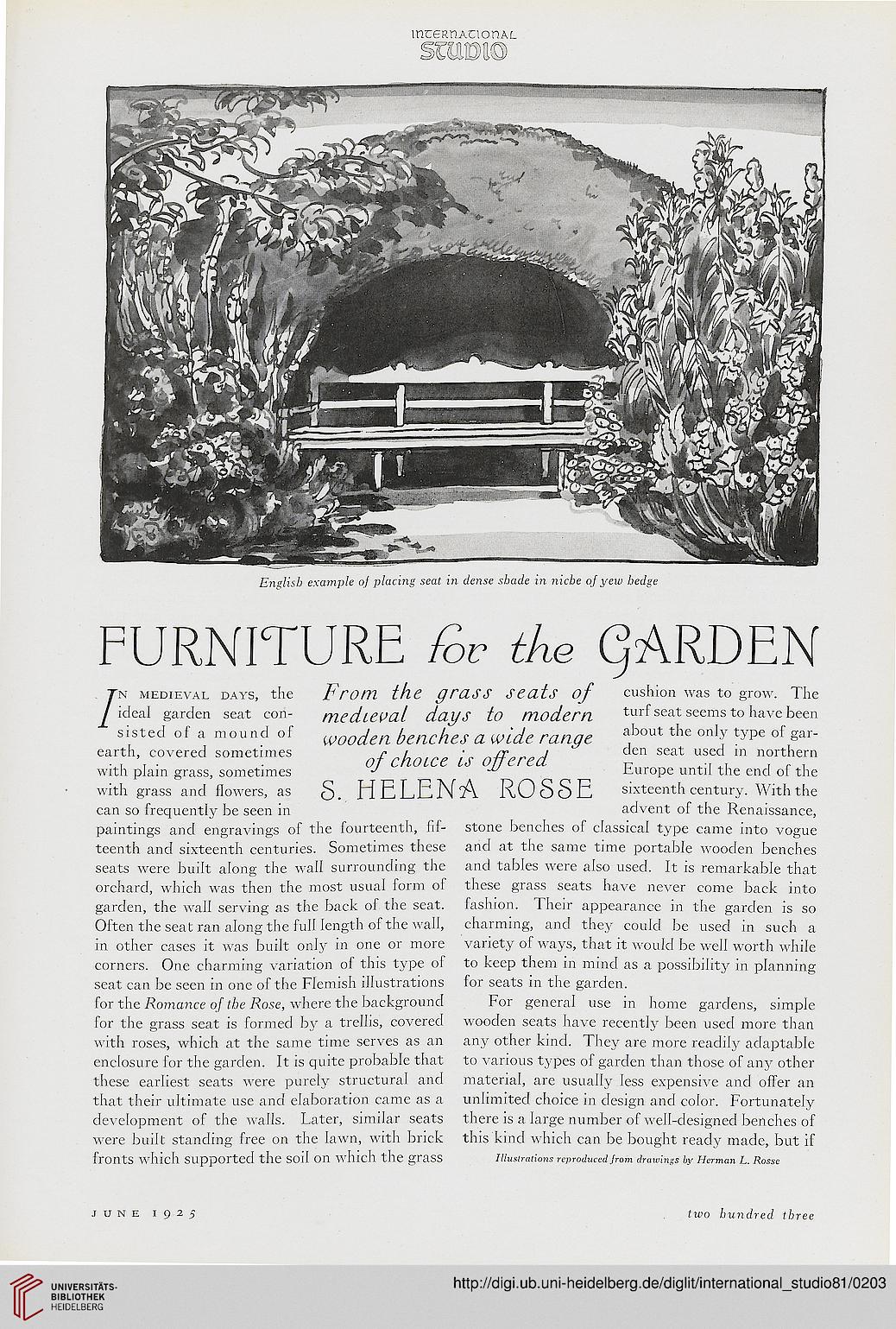 /n medieval days, the From the graSS Seats of cushion was to grow. The
ideal garden seat con- medieval days to modern turf seat seems to have been

with plain grass, sometimes J Europe until the end of the
with grass and flowers, as §_ HELENA ROSSE sixteenth century. With the

can so frequently be seen in advent of the Renaissance,

paintings and engravings of the fourteenth, fif- stone benches of classical type came into vogue

teenth and sixteenth centuries. Sometimes these and at the same time portable wooden benches

seats were built along the wall surrounding the and tables were also used. It is remarkable that

orchard, which was then the most usual form of these grass seats have never come back into

garden, the wall serving as the back of the seat. fashion. Their appearance in the garden is so

Often the seat ran along the full length of the wall, charming, and they could be used in such a

in other cases it was built only in one or more variety of ways, that it would be well worth while

corners. One charming variation of this type of to keep them in mind as a possibility in planning

seat can be seen in one of the Flemish illustrations for seats in the garden.

for the Romance of the Rose, where the background For general use in home gardens, simple

for the grass seat is formed by a trellis, covered wooden seats have recently been used more than

with roses, which at the same time serves as an any other kind. They are more readily adaptable

enclosure for the garden. It is quite probable that to various types of garden than those of any other

these earliest seats were purely structural and material, are usually less expensive and offer an

that their ultimate use and elaboration came as a unlimited choice in design and color. Fortunately

development of the walls. Later, similar seats there is a large number of well-designed benches of

were built standing free on the lawn, with brick this kind which can be bought ready made, but if

fronts which supported the soil on which the graSS Illustrations reproduced from drawings by Herman L. Rosse