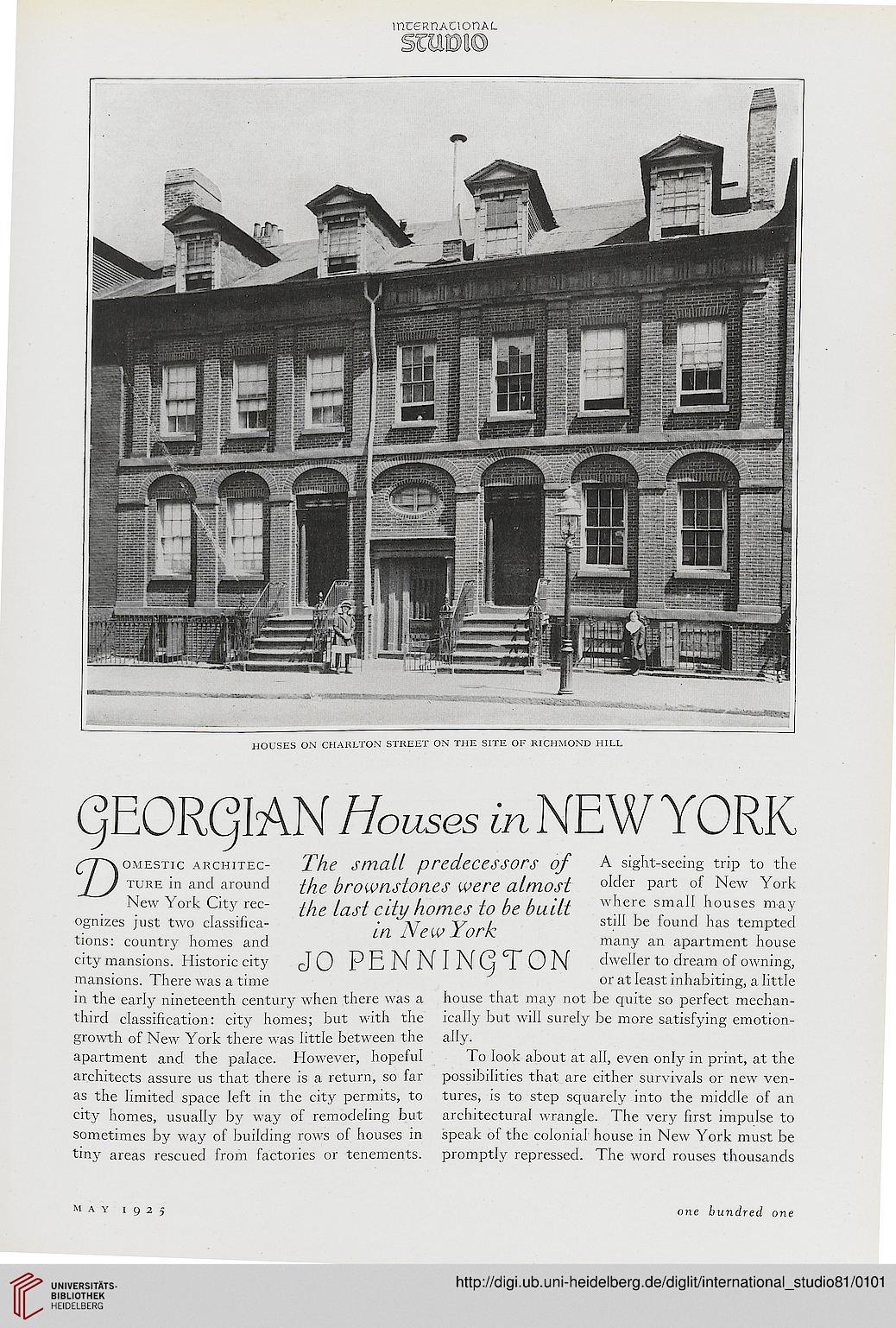 houses on charlton street on the site of richmond hill

gEORCJI AN Houses in NEW YORK

tions: country homes and many an apartment house

city mansions. Historic city JO PENNINGTON dweller to dream of owning,
mansions. There was a time or at least inhabiting, a little

in the early nineteenth century when there was a house that may not be quite so perfect mechan-
third classification: city homes; but with the ically but will surely be more satisfying emotion-
growth of New York there was little between the ally.

apartment and the palace. However, hopeful To look about at all, even only in print, at the
architects assure us that there is a return, so far possibilities that are either survivals or new ven-
as the limited space left in the city permits, to tures, is to step squarely into the middle of an
city homes, usually by way of remodeling but architectural wrangle. The very first impulse to
sometimes by way of building rows of houses in speak of the colonial house in New York must be
tiny areas rescued from factories or tenements, promptly repressed. The word rouses thousands