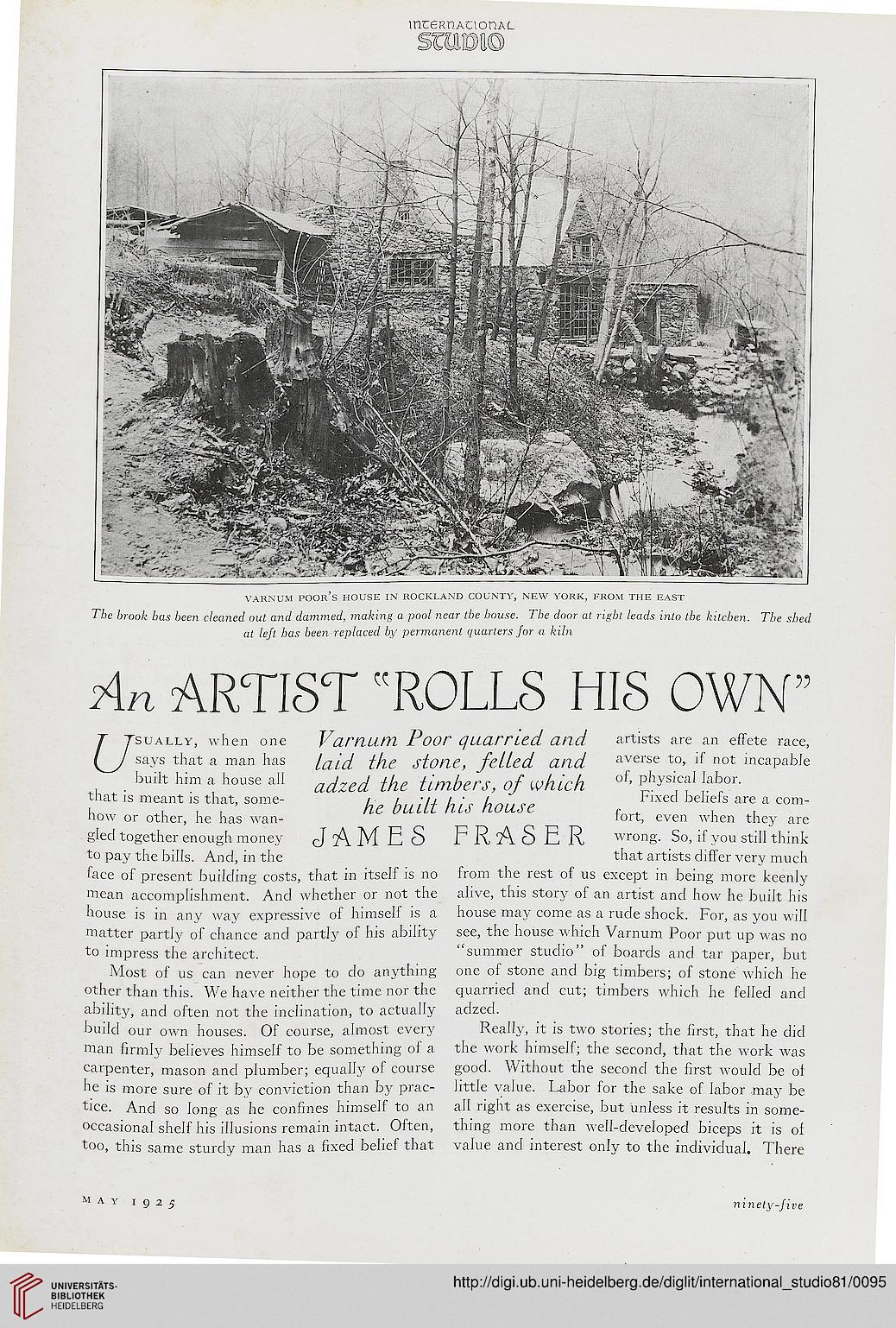 An ARTIST "ROLLS HIS OWN

I J says that a man has
built him a house all
that is meant is that, some-
how or other, he has wan-
gled together enough money cJ A M E S
to pay the bills. And, in the

lace of present building costs, that in itself is no
mean accomplishment. And whether or not the
house is in any way expressive of himsell is a
matter partly of chance and partly of his ability
to impress the architect.

Most of us can never hope to do anything
other than this. We have neither the time nor the
ability, and often not the inclination, to actually
build our own houses. Of course, almost every
man firmly believes himself to be something of a
carpenter, mason and plumber; equally of course
he is more sure of it by conviction than by prac-
tice. And so long as he confines himself to an
occasional shelf his illusions remain intact. Often,
too, this same sturdy man has a fixed belief that

artists are an effete race,
averse to, if not incapable
of, physical labor.

Fixed beliefs are a com-
fort, even when they are
F R A S E R wrong. So, if you still think
that artists differ very much
from the rest of us except in being more keenly
alive, this story of an artist and how he built his
house may come as a rude shock. For, as you will
see, the house which Varnum Poor put up was no
"summer studio" of boards and tar paper, but
one of stone and big timbers; of stone which he
quarried and cut; timbers which he felled and
adzed.

Really, it is two stories; the first, that he did
the work himself; the second, that the work was
good. Without the second the first would be of
little value. Labor for tire sake of labor may be
all right as exercise, but unless it results in some-
thing more than well-developed biceps it is ol
value and interest only to the individual. There

Varnum Poor quarried and
laid the stone, felted and
adzed the timbers, of which
he built his house