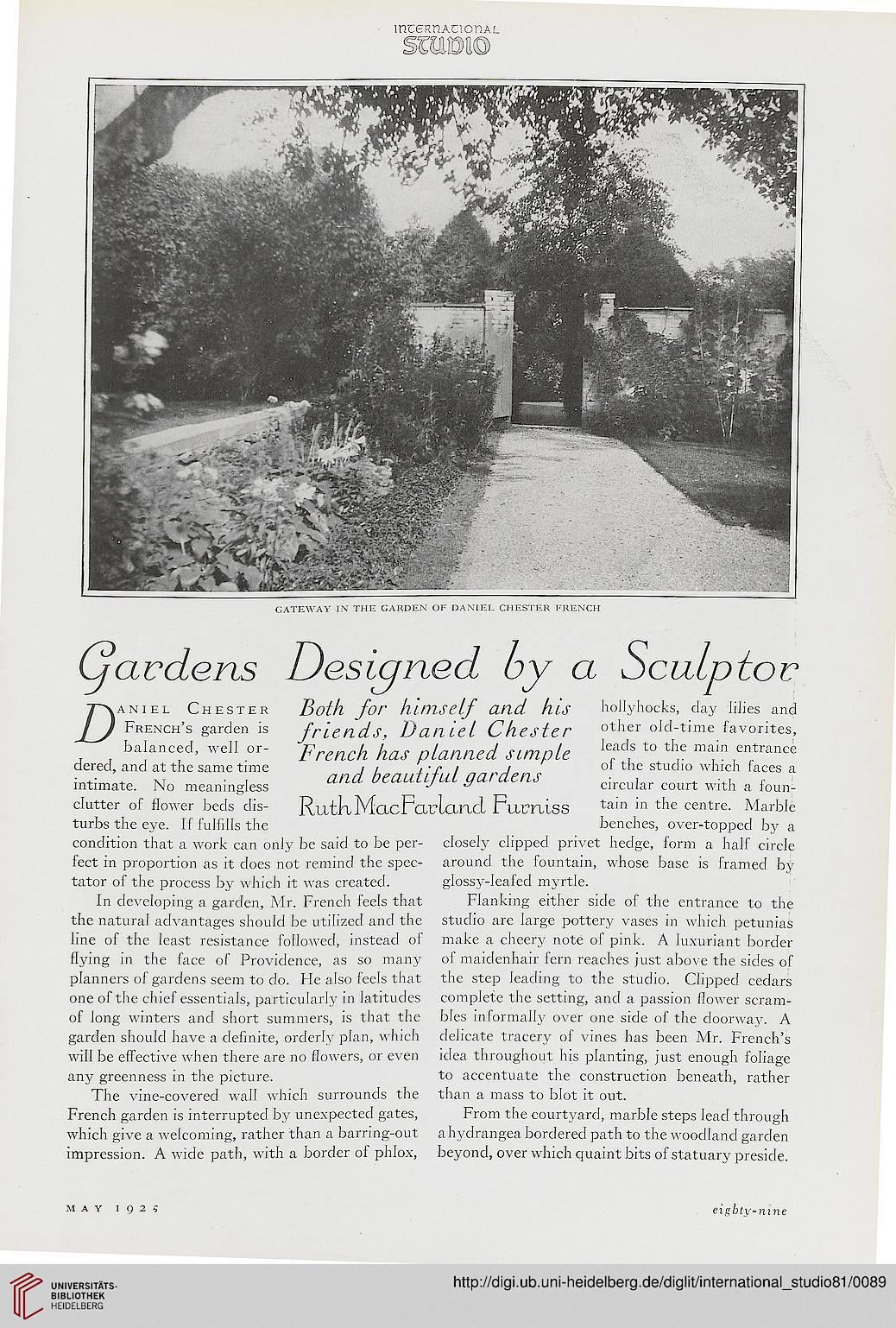 GATEWAY IN THE GARDEN OF DANIEL CHESTER FRENCH

(gardens Designed by a Sculptor

TNaniel Chester Both for himself and his hollyhocks, clay lilies and
/J French's garden is friends, Daniel Chester other old-time favorites,

dered, and at the same time ji ±'£ I oi the studio which faces a

turbs the eye. If fulfills the benches, over-topped by a

condition that a work can only be said to be per- closely clipped privet hedge, form a half circle

feet in proportion as it does not remind the spec- around the fountain, whose base is framed by

tator of the process by which it was created. glossy-leafed myrtle.

In developing a garden, Mr. French feels that Flanking either side of the entrance to the

line of the least resistance followed, instead of make a cheery note of pink. A luxuriant border

flying in the face of Providence, as so many of maidenhair fern reaches just above the sides of

planners of gardens seem to do. He also feels that the step leading to the studio. Clipped cedars

one of the chief essentials, particularly in latitudes complete the setting, and a passion flower scram-

of long winters and short summers, is that the bles informally over one side of the doorway. A

garden should have a definite, orderly plan, which delicate tracery of vines has been Mr. French's

will be effective when there are no flowers, or even idea throughout his planting, just enough foliage

any greenness in the picture. to accentuate the construction beneath, rather

The vine-covered wall which surrounds the than a mass to blot it out.

French garden is interrupted by unexpected gates, From the courtyard, marble steps lead through

which give a welcoming, rather than a barring-out a hydrangea bordered path to the woodland garden

impression. A wide path, with a border of phlox, beyond, over which quaint bits of statuary preside.

may i q 2 eighty-nine