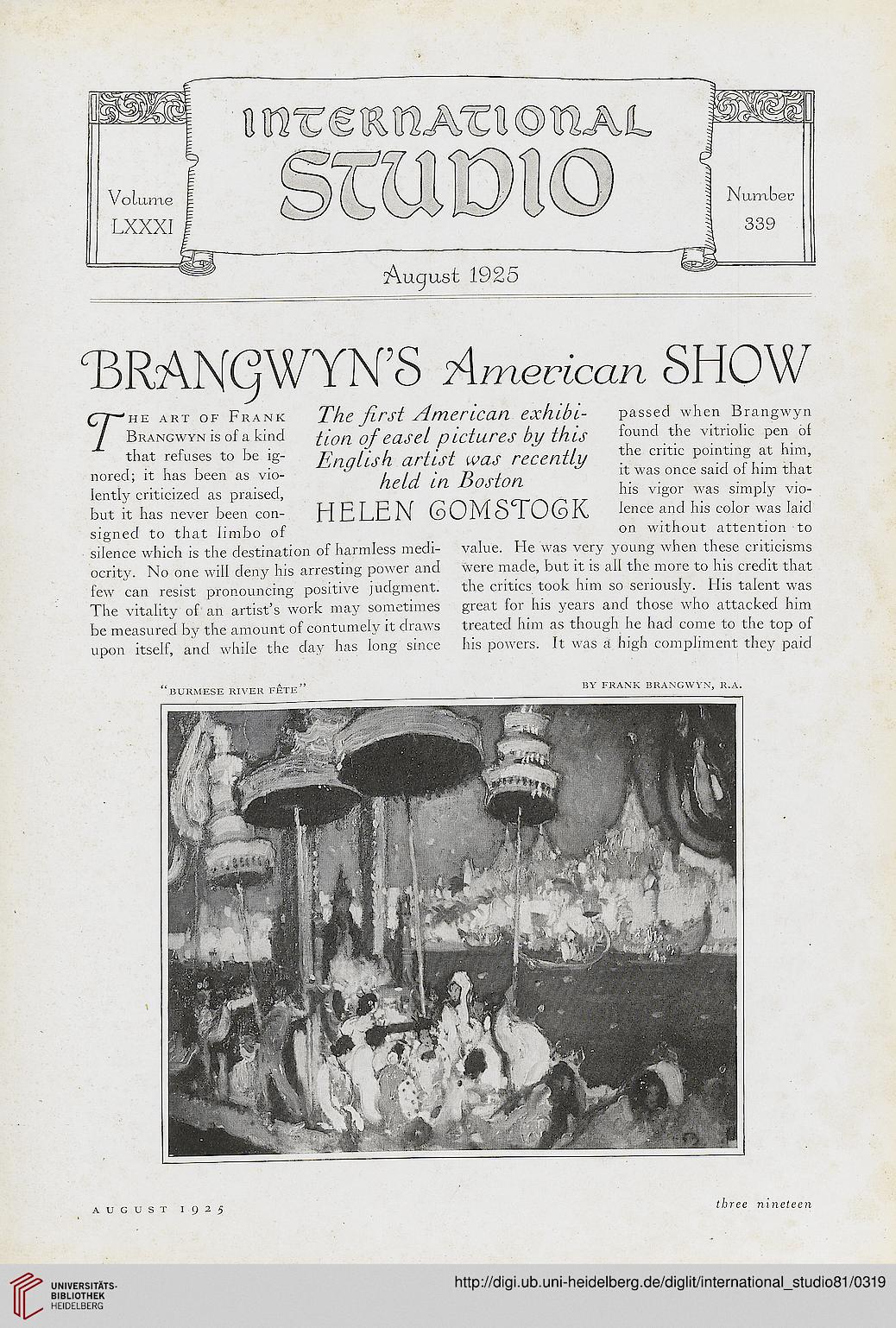 Ientiy criticized as praised, his vigor was simply vio-
but it has never been con- f-J £, LE N 6 OM STO 6 K Ience and his coIor was Iaid

signed to that limbo of on without attention to

silence which is the destination of harmless medi- value. He was very young when these criticisms

ocrity. No one will deny his arresting power and were made, but it is all the more to his credit that

few can resist pronouncing positive judgment. the critics took him so seriously. His talent was

upon itself, and while the day has long since his powers. It was a high compliment they paid