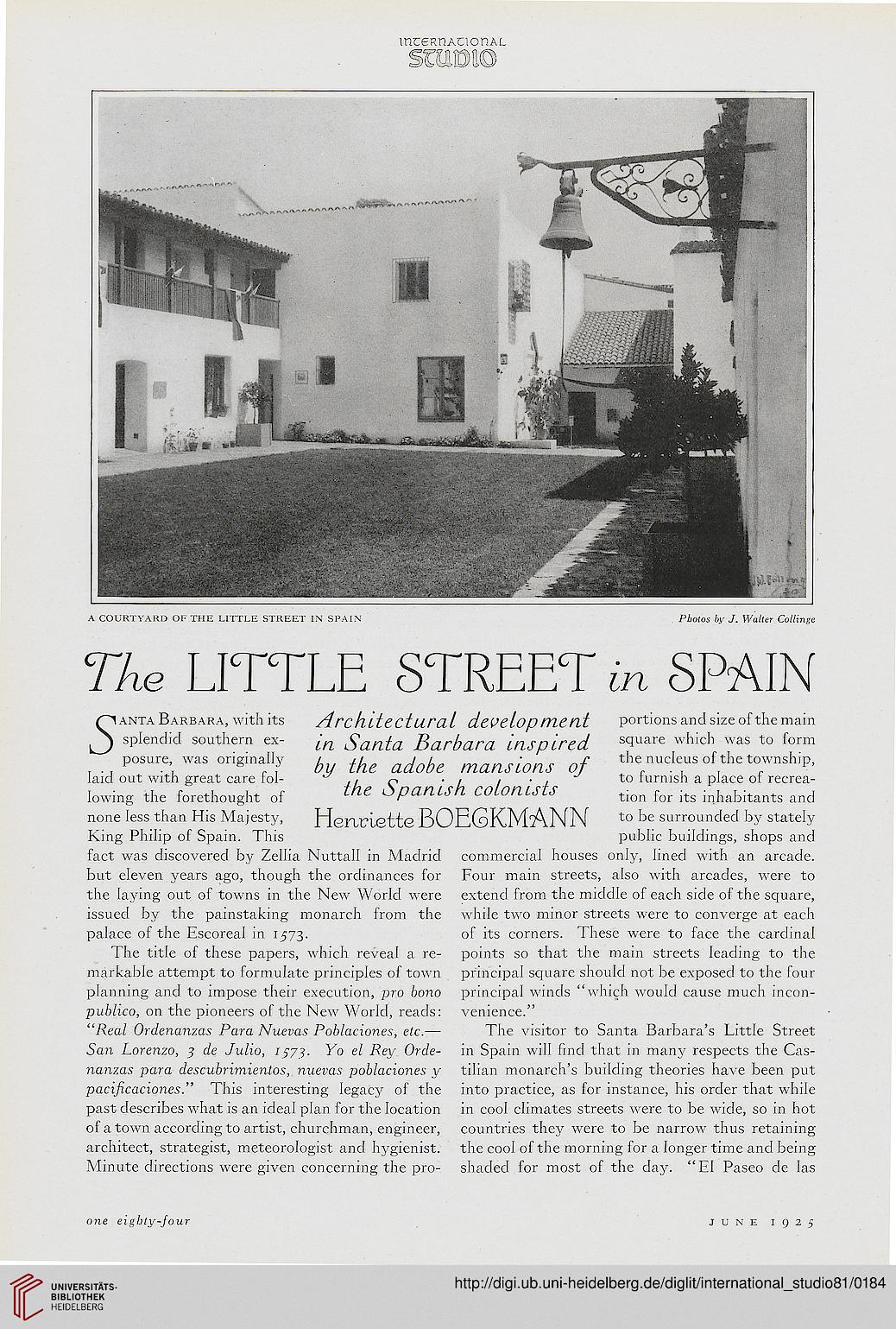 A COURTYARD OF THE LITTLE STREET IN SPAIN Photos by J. Walter Collinge

The LITTLE 8TREET in SPAIN

5anta Barbara, with its Architectural development portions and size of the main

none less than His Majesty, HerVClPttG BOEGKlYiAiNf Nf t0 '-ie surrounded by stately

King Philip of Spain. This public buildings, shops and

fact was discovered by Zellia Nuttall in Madrid commercial houses only, lined with an arcade,

but eleven years ago, though the ordinances for Four main streets, also with arcades, were to

the laying out of towns in the New World were extend from the middle of each side of the square,

palace of the Escoreal in 1573. of its corners. These were to face the cardinal

The title of these papers, which reveal a re- points so that the main streets leading to the

planning and to impose their execution, pro bono principal winds "which would cause much incon-

publico, on the pioneers of the New World, reads: venience."

pacificaciones." This interesting legacy of the into practice, as for instance, his order that while

past describes what is an ideal plan for the location in cool climates streets were to be wide, so in hot

of a town according to artist, churchman, engineer, countries they were to be narrow thus retaining

architect, strategist, meteorologist and hygienist. the cool of the morning for a longer time and being

Minute directions were given concerning the pro- shaded for most of the day. "EI Paseo de las