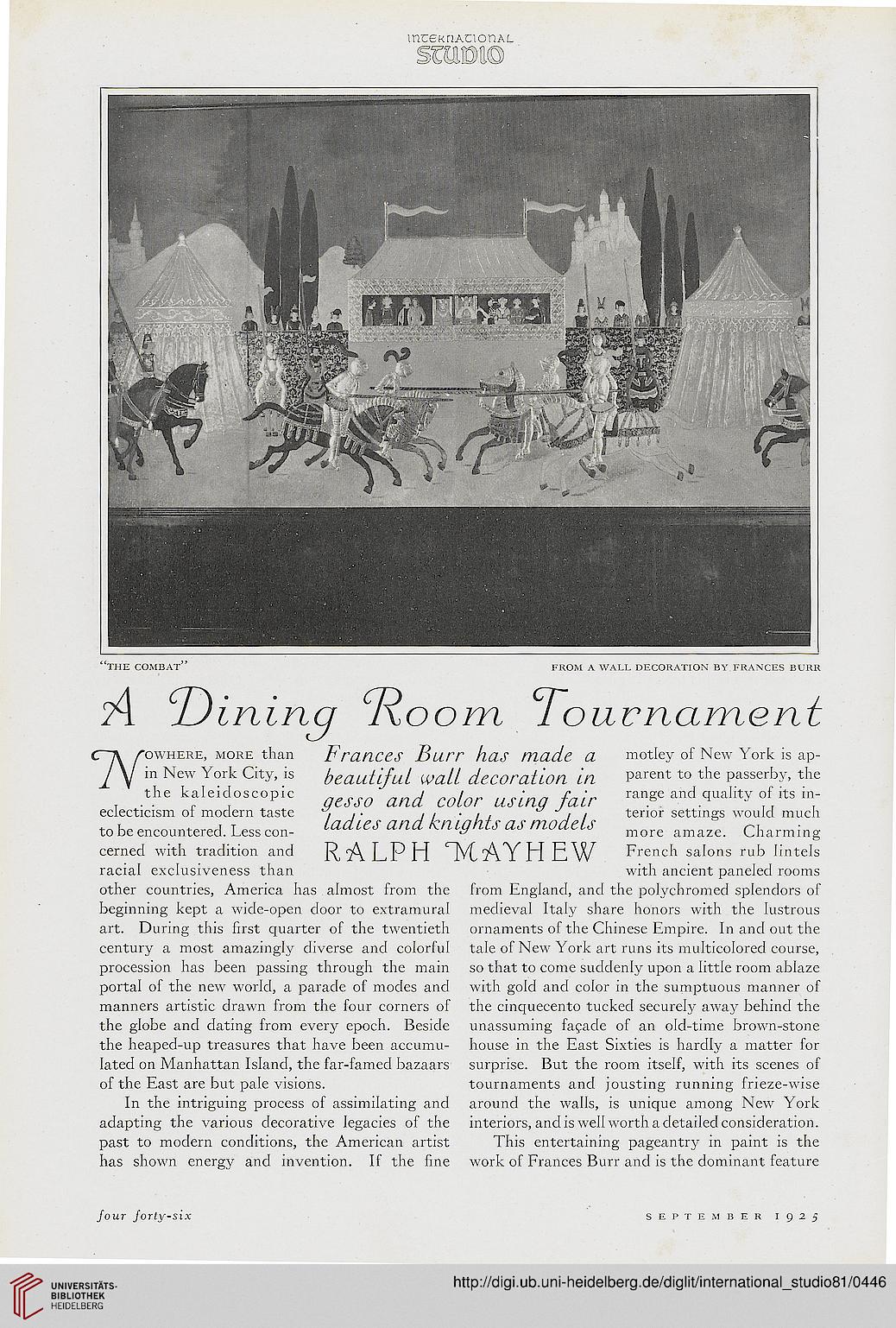 THE COMBAT FROM A WALL DECORATION BY FRANCES BURR

Wowhere, more than Frances Burr has made a motley of New York is ap-

in New York City, is beautiful Wall decoration in Parent t0 the Passerby, the

to be encountered. Less con- ladies and knights as models more amaze charming

other countries, America has almost from the from England, and the polychromed splendors of

art. During this first quarter of the twentieth ornaments of the Chinese Empire. In and out the

century a most amazingly diverse and colorful tale of New York art runs its multicolored course,

portal of the new world, a parade of modes and with gold and color in the sumptuous manner of

the globe and dating from every epoch. Beside unassuming facade of an old-time brown-stone

Iated on Manhattan Island, the far-famed bazaars surprise. But the room itself, with its scenes of

of the East are but pale visions. tournaments and jousting running frieze-wise

In the intriguing process of assimilating and around the walls, is unique among New York

adapting the various decorative legacies of the interiors, and is well worth a detailed consideration,
past to modern conditions, the American artist This entertaining pageantry in paint is the

has shown energy and invention. If the fine work of Frances Burr and is the dominant feature