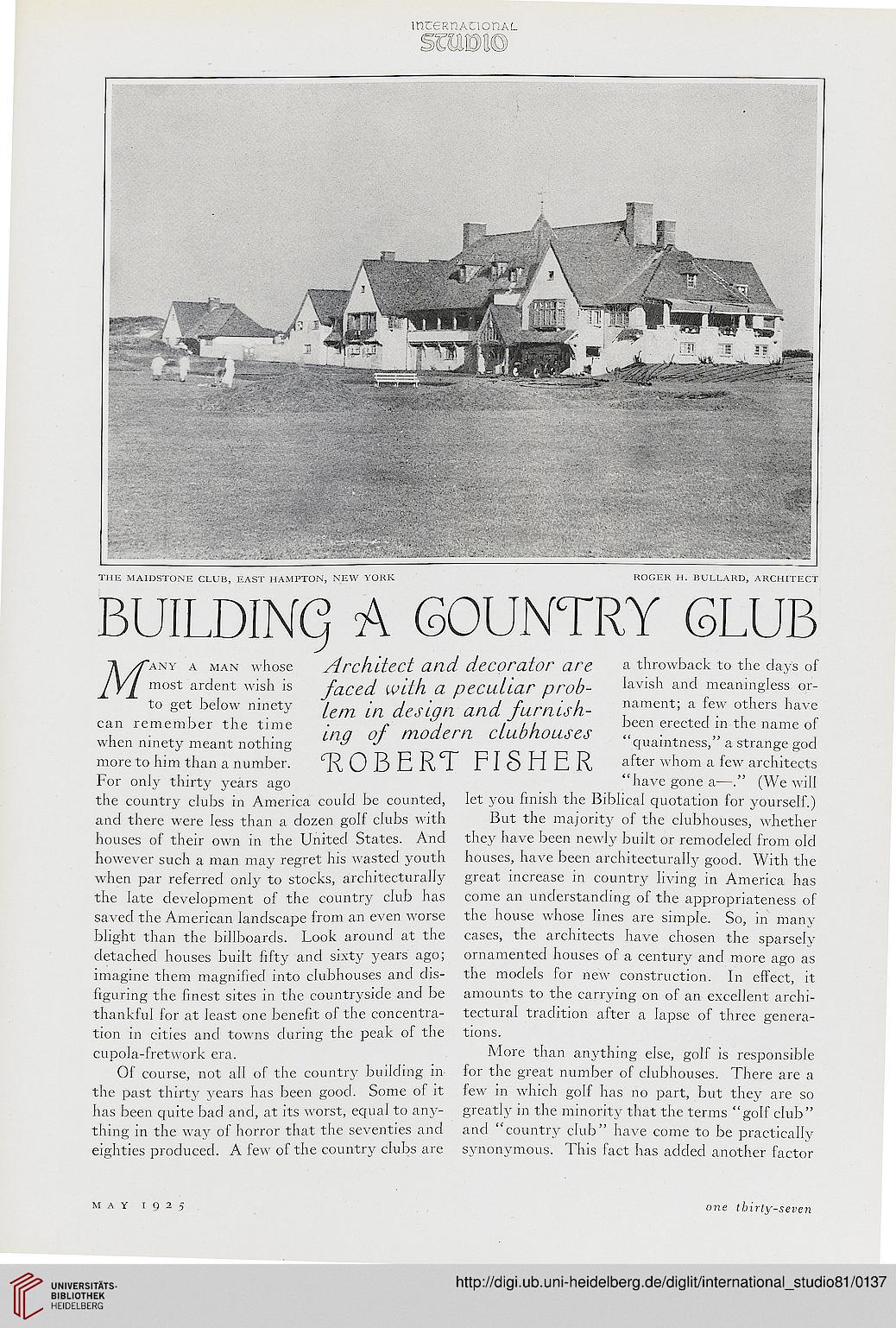 -A /f~any a man whose Architect and decorator are a throwback to the days of
JYI most ardent wish is faced With a peculiar pro/?- Iavish and meaningless or-
to get below ninety ( jn deslgn ana> furnLSh- "amcnt^ a ?™ °}heTS havef
can remember the time • , % clubhouses ^een erected in-the name of
when ninety meant nothing y J quamtness, a strange god
more to him than a number. ^ROBERT FISHER after wnom a few architects
For only thirty years ago "have gone a—." (We will
the country clubs in America could be counted, let you finish the Biblical quotation for yourself.)
and there were less than a dozen golf clubs with But the majority of the clubhouses, whether
houses of their own in the United States. And they have been newly built or remodeled from old
however such a man may regret his wasted youth houses, have been architecturally good. With the
when par referred only to stocks, architecturally great increase in country living in America has
the late development of the country club has come an understanding of the appropriateness of
saved the American landscape from an even worse the house whose lines are simple. So, in many
blight than the billboards. Look around at the cases, the architects have chosen the sparsely
detached houses built fifty and sixty years ago; ornamented houses of a century and more ago as
imagine them magnified into clubhouses and dis- the models for new construction. In effect, it
figuring the finest sites in the countryside and be amounts to the carrying on of an excellent archi-
thankful for at least one benefit of the concentra- tectural tradition after a lapse of three genera-
tion in cities and towns during the peak of the tions.

cupola-fretwork era. More ^an anything else, golf is responsible

Of course, not all of the country building in for the great number of clubhouses. There are a

the past thirty years has been good. Some of it few in which golf has no part, but they are so

has been quite bad and, at its worst, equal to any- greatly in the minority that the terms "golf club"

eighties produced. A few of the country clubs are synonymous. This fact has added another factor