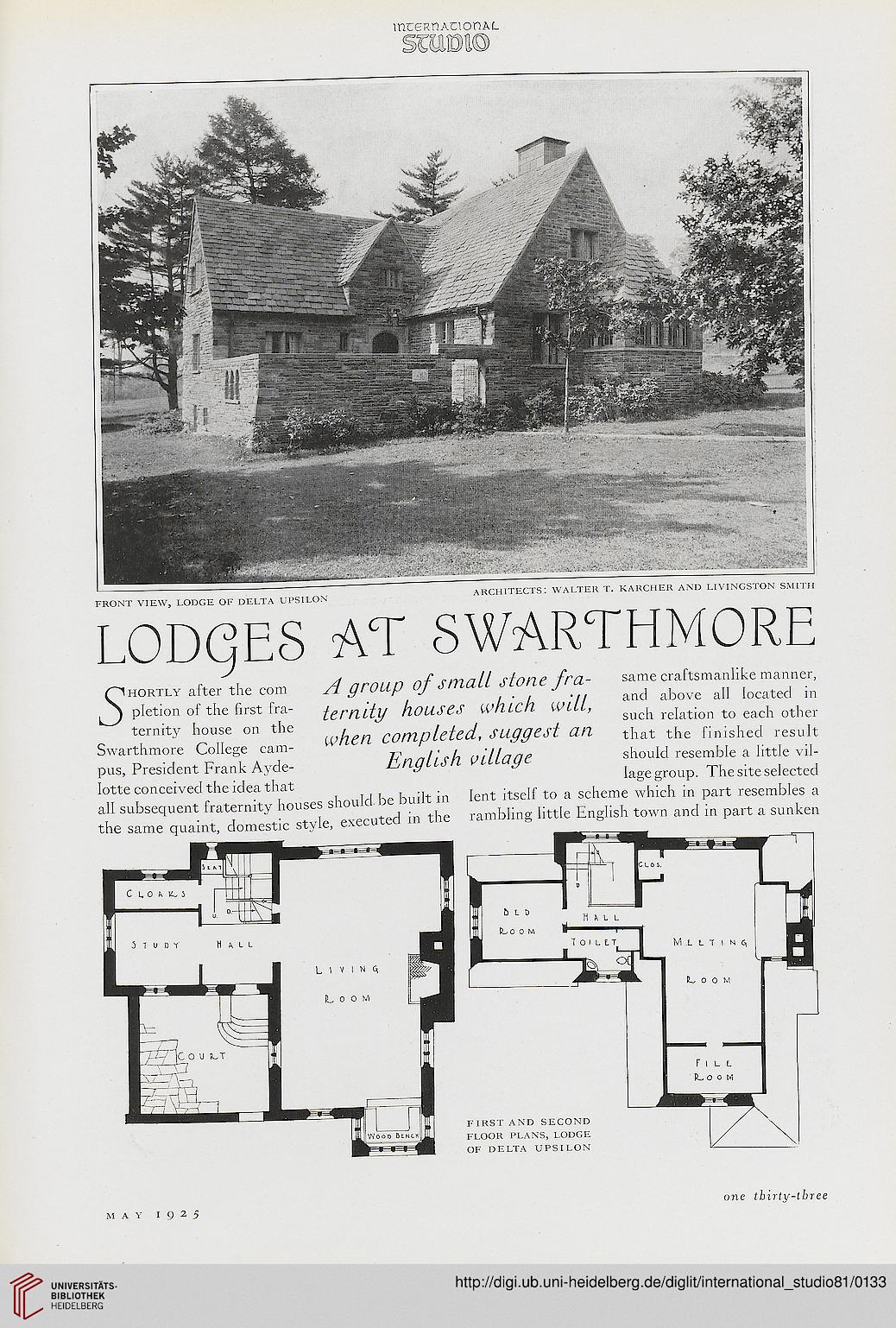 5HORTLY after the com A group of Sinall stotie fra- same craftsmanlike manner,
S^rt ternity houses which will, £ £t£
Swarthmore College cam- when completed, suggest an that the finished resuIt

Iotte conceived the idea that , Iage group. The site selected

all subsequent fraternity houses should, be built in lent itself to a scheme which in part resembles a
the same quaint, domestic style, executed in the rambling little English town and in part a sunken