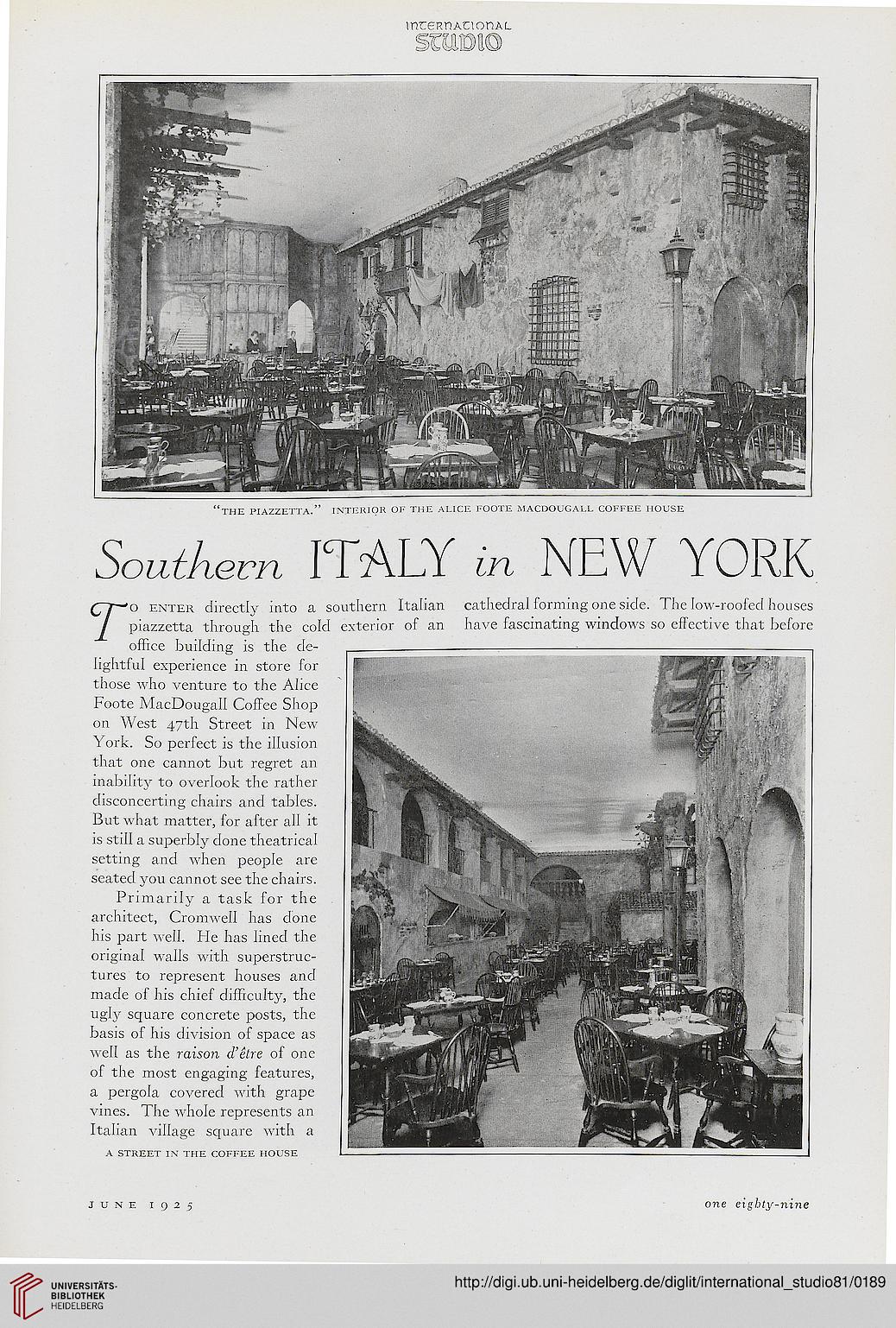 ro enter directly into a southern Italian cathedral forming one side. The low-roofed houses
piazzetta through the cold exterior of an have fascinating windows so effective that before
office building is the de-
lightful experience in store for
those who venture to the Alice
Foote MacDougall Coffee Shop
on West 47th Street in New
York. So perfect is the illusion
that one cannot but regret an
inability to overlook the rather
disconcerting chairs and tables.
But what matter, for after all it
is still a superbly done theatrical
setting and when people are
seated you cannot see the chairs.

Primarily a task for the
architect, Cromwell has done
his part well. He has lined the
original walls with superstruc-
tures to represent houses and
made of his chief difficulty, the
ugly square concrete posts, the
basis of his division of space as
well as the raison d'etre of one
of the most engaging features,
a pergola covered with grape
vines. The w-hole represents an
Italian village square with a

A STREET IN THE COFFEE HOUSE