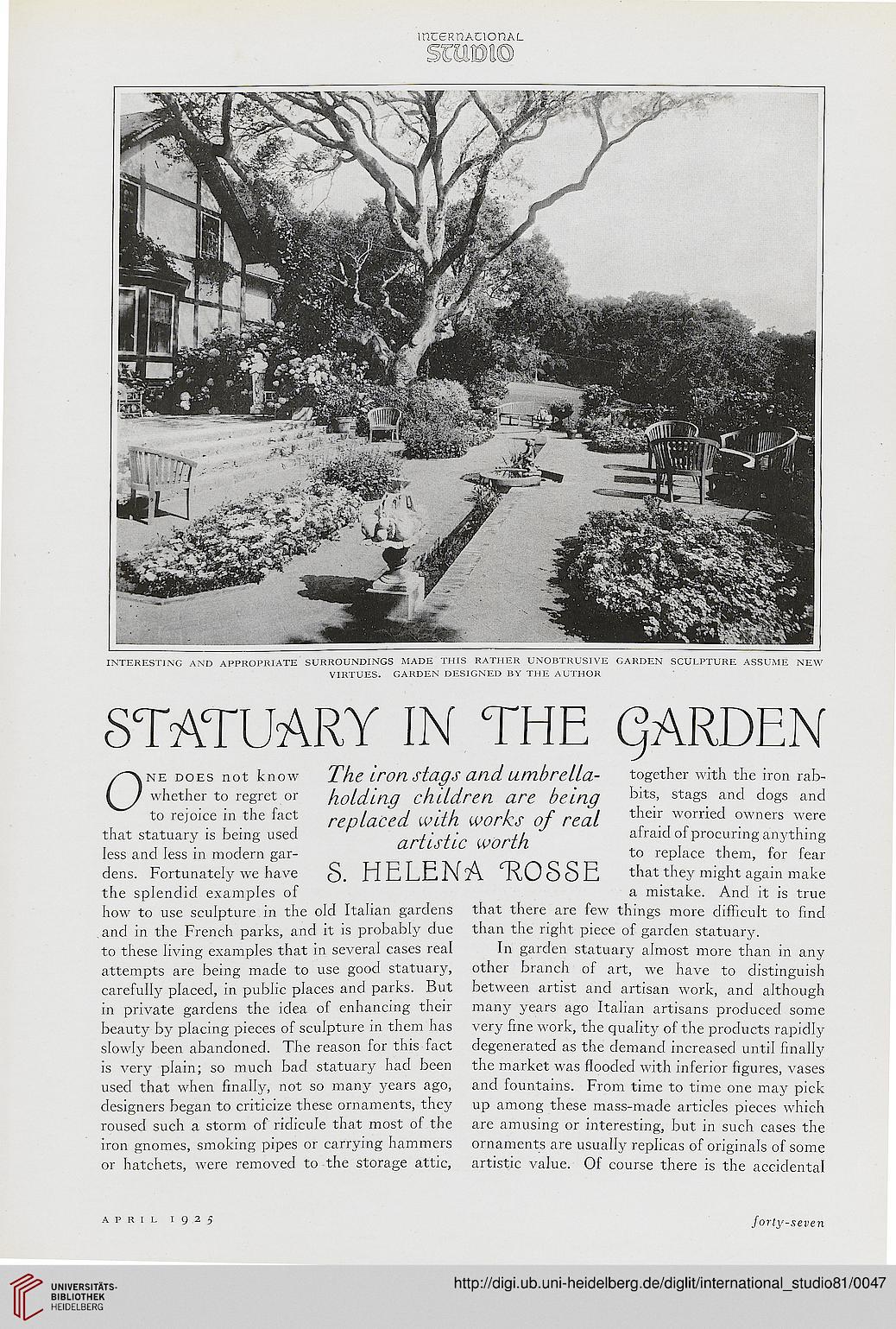 VIRTUES. GARDEN DESIGNED BY THE AUTHOR

One does not know The Iron stags and umbrella- together with the iron rab-
whether to regret or holding children are being bits, staSs ancI dogs and
to rejoice in the fact replaced with works of real thcn-^Txied °wners were

less and less in modern gar- to replace them, for fear
dens. Fortunately we have §. HE LE I\f A 'TvO S S E tnat tneY might again make

the splendid examples of a mistake. And it is true

and in the French parks, and it is probably due than the right piece of garden statuary,

attempts are being made to use good statuary, other branch of art, we have to distinguish

carefully placed, in public places and parks. But between artist and artisan work, and although

beauty by placing pieces of sculpture in them has very fine work, the quality of the products rapidly

slowly been abandoned. The reason for this fact degenerated as the demand increased until finally

is very plain; so much bad statuary had been the market was flooded with inferior figures, vases

used that when finally, not so many years ago, and fountains. From time to time one may pick

designers began to criticize these ornaments, they up among these mass-made articles pieces which

roused such a storm of ridicule that most of the are amusing or interesting, but in such cases the

iron gnomes, smoking pipes or carrying hammers ornaments are usually replicas of originals of some

or hatchets, were removed to the storage attic, artistic value. Of course there is the accidental