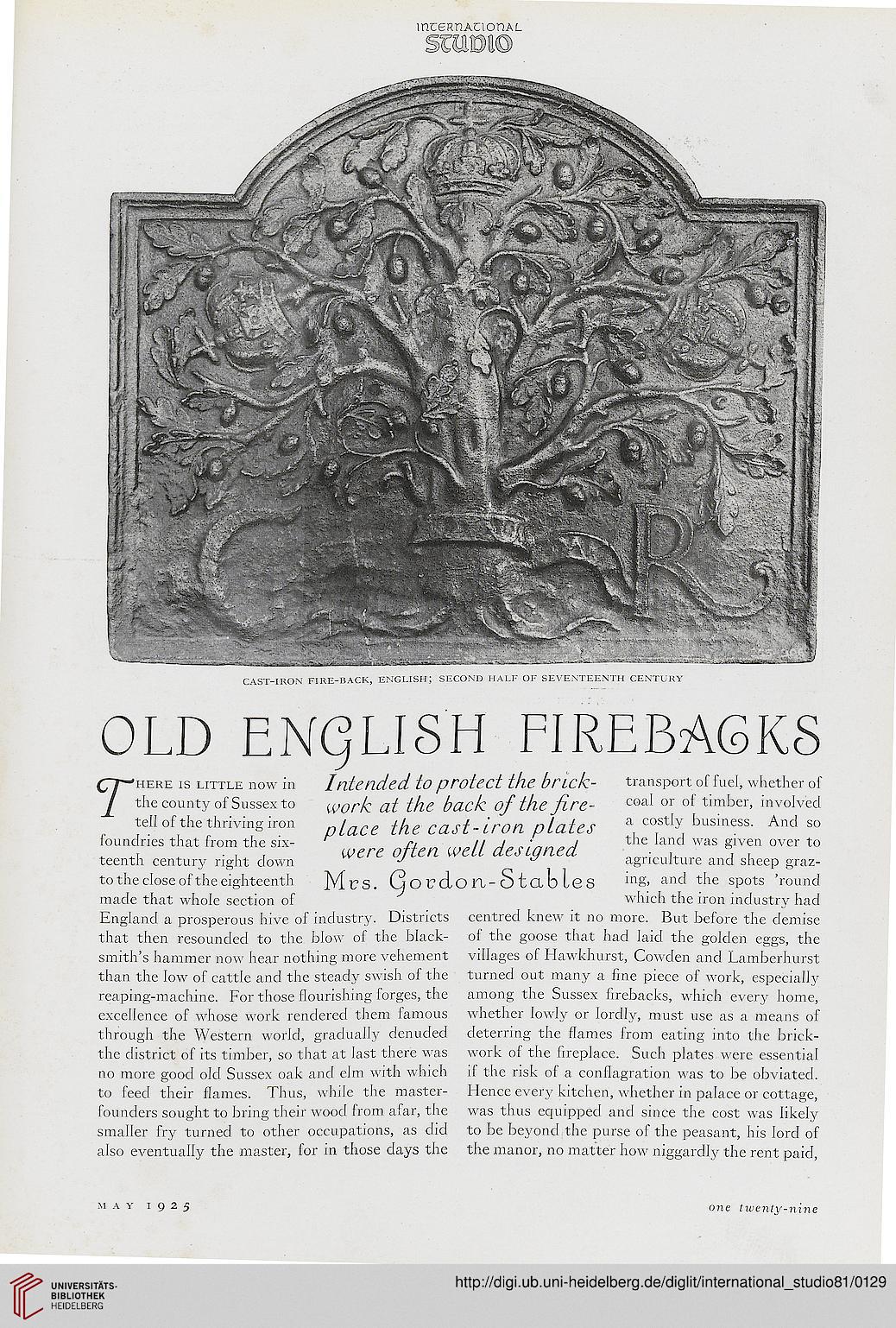 rhere is little now in Intended to protect the brick- transport of fuel, whether of
the county of Sussex to work at the back of the fire- coal or of timber, involved
tell of the thriving iron the cast-iron plates \ C°f\ busineSS" And 30

to the close of the eighteenth Mt?S. Go T?cLo YX-8 tat) LeS in& and tne sPots 'round
made that whole section of which the iron industry had

England a prosperous hive of industry. Districts centred knew it no more. But before the demise
that then resounded to the blow of the black- of the goose that had laid the golden eggs, the
smith's hammer now hear nothing more vehement villages of Hawkhurst, Cowden and Lamberhurst
than the low of cattle and the steady swish of the turned out many a fine piece of work, especially
reaping-machine. For those flourishing forges, the among the Sussex fircbacks, which every home,
excellence of whose work rendered them famous whether lowly or lordly, must use as a means of
through the Western world, gradually denuded deterring the flames from eating into the brick-
the district of its timber, so that at last there was work of the fireplace. Such plates were essential
no more good old Sussex oak and elm with which if the risk of a conflagration was to be obviated,
to feed their flames. Thus, while the master- Hence every kitchen, whether in palace or cottage,
founders sought to bring their wood from afar, the was thus equipped and since the cost was likely
smaller fry turned to other occupations, as did to be beyond the purse of the peasant, his lord of
also eventually the master, for in those days the the manor, no matter how niggardly the rent paid,