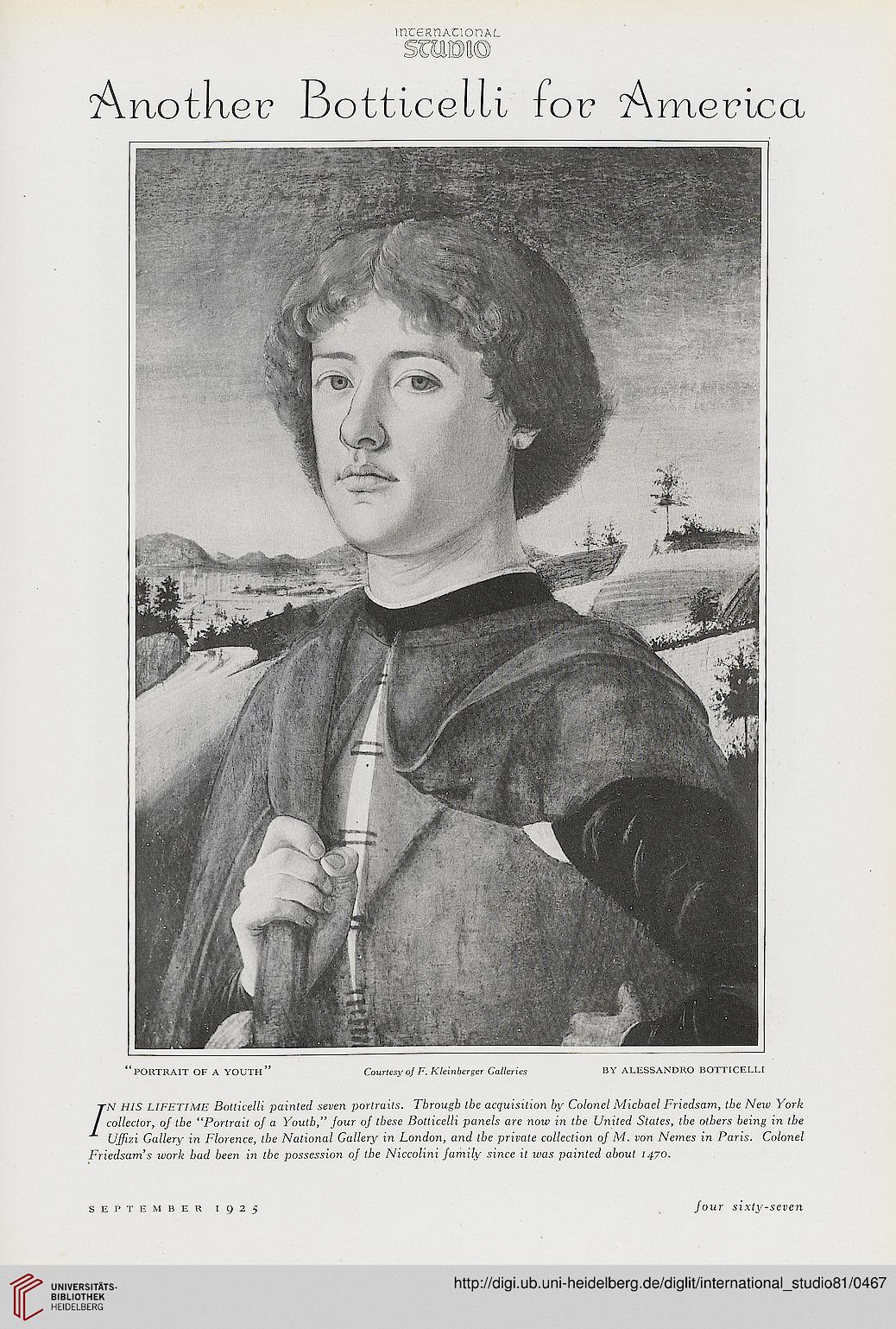 "PORTRAIT OF A YOUTH" Courtesy of F. Kleinbergcr Galleries BY ALESSANDRO BOTTICELLI

/N HIS LIFETIME Botticelli painted seven portraits. Through the acquisition by Colonel Michael Friedsam, the New York
collector, of the "Portrait of a Youth," jour of these Botticelli panels are now in the United States, the others being in the
Uffizi Gallery in Florence, the National Gallery in London, and the private collection of M. von Nemes in Paris. Colonel
Friedsam's work had been in the possession of the Niccolini family since it was painted about 1470.