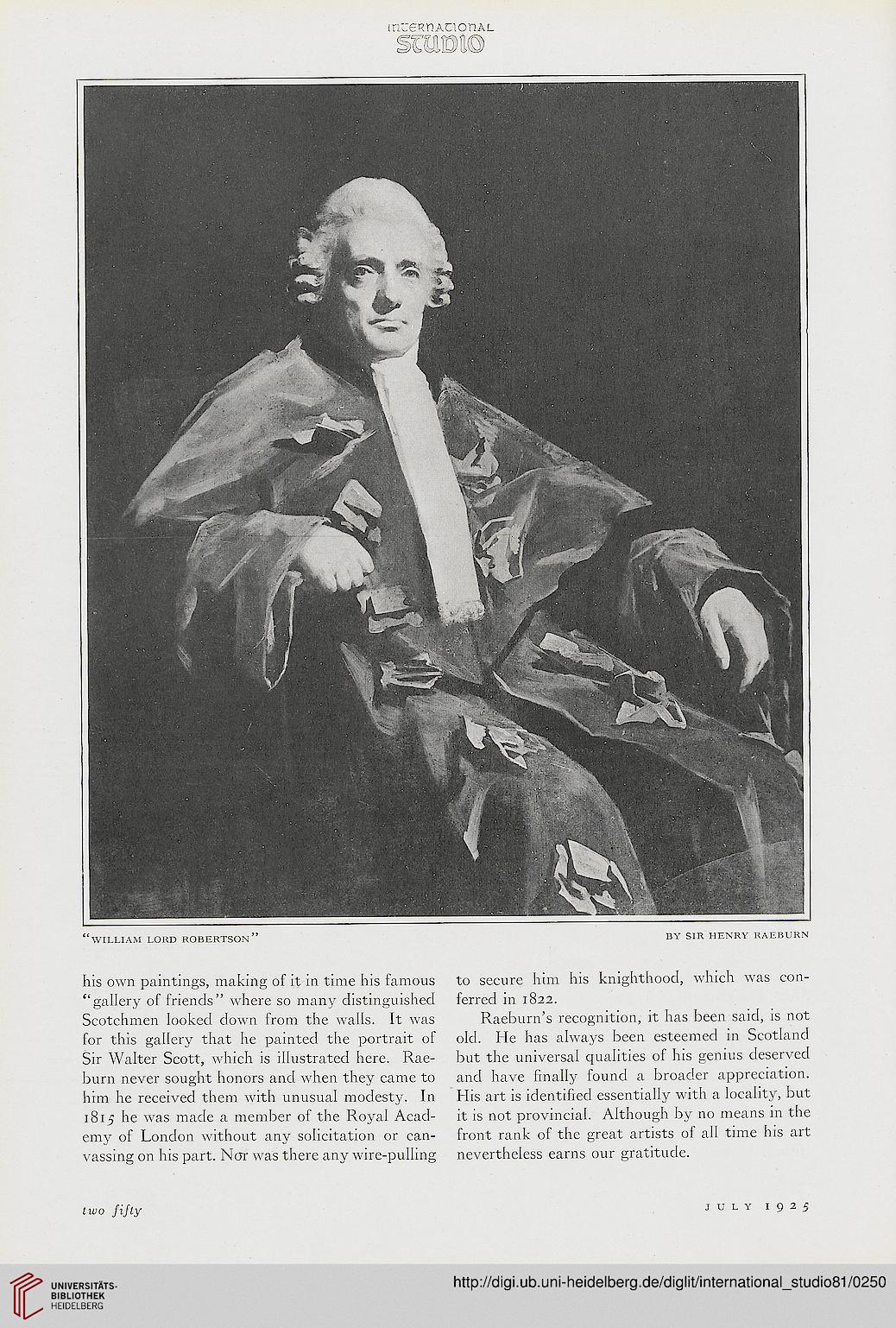 his own paintings, making of it in time his famous
"gallery of friends" where so many distinguished
Scotchmen looked down from the walls. It was
for this gallery that he painted the portrait of
Sir Walter Scott, which is illustrated here. Rae-
burn never sought honors and when they came to
him he received them with unusual modesty. In
1815 he was made a member of the Royal Acad-
emy of London without any solicitation or can-
vassing on his part. Nor was there any wire-pulling

to secure him his knighthood, which was con-
ferred in 1822.

Raeburn's recognition, it has been said, is not
old. He has always been esteemed in Scotland
but the universal qualities of his genius deserved
and have finally found a broader appreciation.
His art is identified essentially with a locality, but
it is not provincial. Although by no means in the
front rank of the great artists of all time his art
nevertheless earns our gratitude.