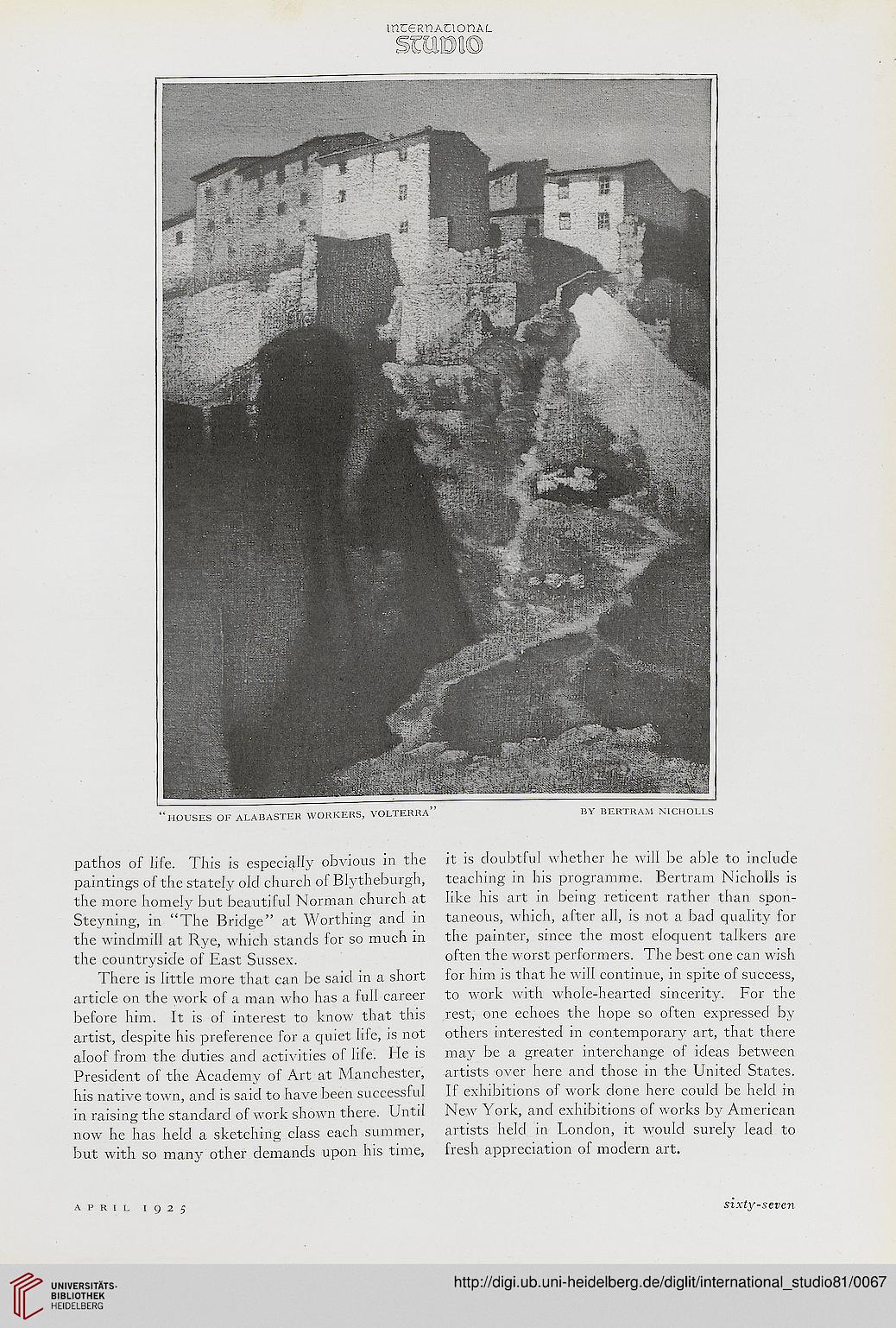 pathos of life. This is especially obvious in the it is doubtful whether he will be able to include

paintings of the stately old church of BIytheburgh, teaching in his programme. Bertram NichoIIs is

Steyning, in "The Bridge" at Worthing and in taneous, which, after ah, is not a bad quality for

the windmill at Rye, which stands for so much in the painter, since the most eloquent talkers are

the countryside of East Sussex. often the worst performers. The best one can wish

There is little more that can be said in a short for him is that he will continue, in spite of success,

article on the work of a man who has a full career to w ork with whole-hearted sincerity. For the

before him. It is of interest to know that this rest, one echoes the hope so often expressed by

artist, despite his preference for a quiet life, is not others interested in contemporary art, that there

aloof from the duties and activities of life. He is may be a greater interchange of ideas between

President of the Academy of Art at Manchester, artists over here and those in the United States,

his native town, and is said to have been successful If exhibitions of work done here could be held in

in raising the standard of work shown there. Until New York, and exhibitions of works by American

now he has held a sketching class each summer, artists held in London, it would surely lead to

but with so many other demands upon his time, fresh appreciation of modern art.