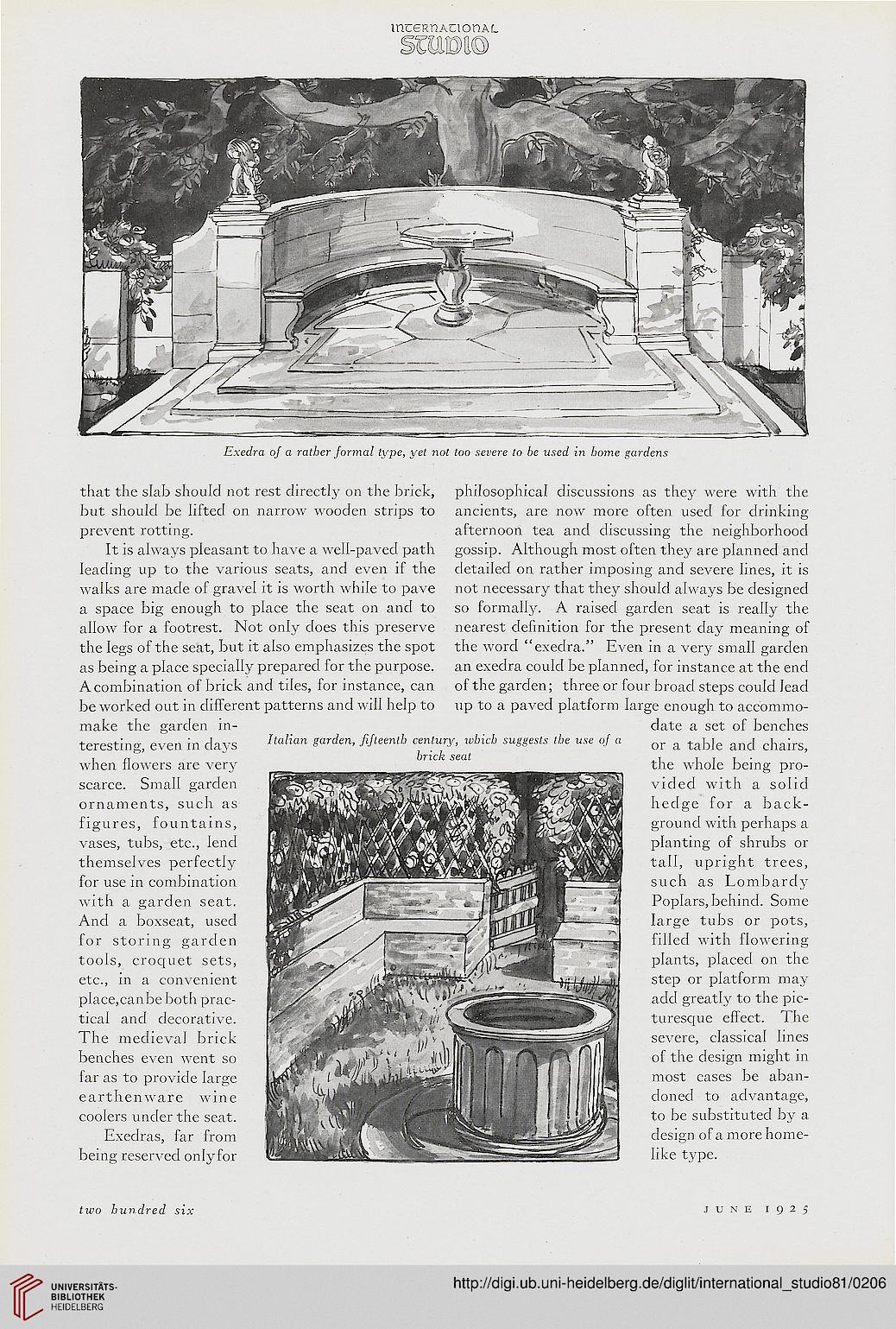 Exedra of a rather formal type, yet not too severe to be used in home gardens

that the slab should not rest directly on the brick, philosophical discussions as they were with the

but should be lifted on narrow wooden strips to ancients, are now more often used for drinking

It is always pleasant to have a well-paved path gossip. Although most often they are planned and

leading up to the various seats, and even if the detailed on rather imposing and severe lines, it is

a space big enough to place the seat on and to so formally. A raised garden seat is really the

allow for a footrest. Not only does this preserve nearest definition for the present day meaning of

the legs of the seat, but it also emphasizes the spot the word "exedra." Even in a very small garden

as being a place specially prepared for the purpose, an exedra could be planned, for instance at the end

A combination of brick and tiles, for instance, can of the garden; three or four broad steps could lead

make the garden in- date a set of benches
teresting, even in days Italian 8arden> Mleenth f*?* wbicb su^ests the «« °J a or a table and chairs,